Is Early Release of Exchange Funds Possible Under 1031 Exchange Rules?

Martin S. Edwards, J.D., CES®
Does compliance with the IRS position in these instances matter, when the exchange is not going to be carried out and the taxpayer is willing to pay the taxes? It may not matter from the taxpayer’s standpoint, but the QI is responsible for adhering to a course of conduct outlined by the Regulations and other rulings. Acting otherwise jeopardizes the QI’s position with the IRS and could jeopardize the exchanges of numerous other taxpayers.&nbsp; 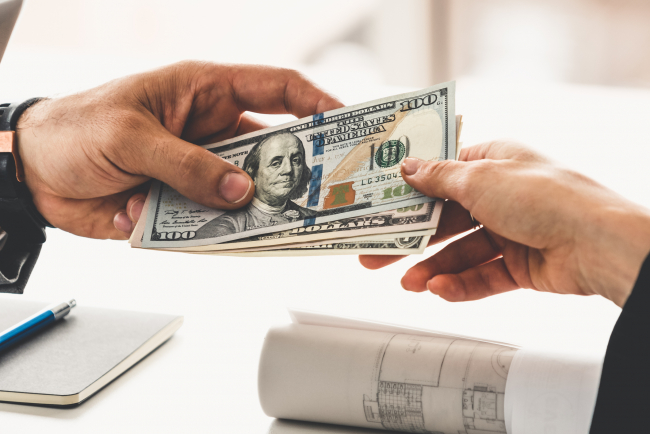 Should a taxpayer fail to identify replacement property within the 45-day period, the Regulations are very specific regarding the release of funds to the taxpayer. They indicate, under no circumstances can exchange funds be returned within the 45-day identification period or within the 180-day exchange period unless one of the following occurs:

(A) The receipt by the taxpayer of all of the replacement property to which the taxpayer is entitled under the exchange agreement, or

(1) Relates to the deferred exchange,

(2) Is provided for in writing, and

(3) Is beyond the control of the taxpayer and of any disqualified person, other than the person obligated to transfer the replacement property to the taxpayer

In another example, a taxpayer may identify two replacement properties, go past the 45-day identification period, decide to purchase only one. Since there is still one identified replacement property available, the QI must hold any remaining exchange funds until the 180-day exchange period has expired even though the taxpayer has no intention of buying the second property.  Often, the qualified intermediary will allow the taxpayer to make clear during the identification that they only intend to buy one of multiple properties (or in an order of preference). In such a case, once the first-choice property is acquired, remaining funds can be disbursed because the exchange is terminated.

As an example of circumstance (B) above, a Purchase and Sale Agreement (PSA) for replacement property might contain a contingency providing the taxpayer will need to obtain a zoning variance from a governmental agency for the transaction to close. Failure to obtain such a variance would be a valid reason to cancel the PSA and terminate the exchange allowing the taxpayer to receive the exchange funds early.

In the absence of a fact pattern falling within the limited exceptions explained above, the Regulations do not provide the ability to terminate the exchange on demand, despite the taxpayer being willing to pay the applicable taxes due. The Regulations and the provisions of the The transfer of the relinquished property to the Qualified Intermediary, and the receipt of the replacement property from the Qualified Intermediary is considered an exchange. To be compliant with IRC Section 1031, the transaction must be properly structured, rather than being a sale to one party followed by a purchase from another party. Exchange Exchange Agreement signed by the taxpayer require the QI to hold the line on early distribution of exchange funds.

The IRS attempted to settle this uncertainty by the issuance of Private Letter Ruling PLR200027028. The ruling detailed where an exemption to the rule against release might apply. However, in the conclusion, the IRS held that in the absence of an occurrence of an event under (A) or (B) above, the exchange agreement could not be amended to allow for early distribution. The IRS also used the ruling to expand upon (B)(3) above pertaining to what constitutes “beyond the control of the taxpayer”. The Ruling suggests that this means  “…actions of a party not involved in the exchange (government agency’s seizure, requisition, or condemnation of the replacement property or government agency’s failure to approve a request to rezone or approve the transfer of the replacement property) or an act beyond anyone’s control (destruction of the replacement property) are contingencies that are beyond the owner’s control”.  It goes on to state “Unlike the qualifying contingencies in the example, it is within the owner’s control to decide to meet the seller’s demands or walk away from an uneconomic business deal”.

Does compliance with the IRS position in these instances matter, when the exchange is not going to be carried out and the taxpayer is willing to pay the taxes? It may not matter from the taxpayer’s standpoint, but the QI is responsible for adhering to a course of conduct outlined by the Regulations and other rulings. Acting otherwise jeopardizes the QI’s position with the IRS and could jeopardize the exchanges of numerous other taxpayers. There are times when a taxpayer acting in good faith may seek to receive a return of their exchange funds while agreeing that the normal taxes will be due on the gain. Unfortunately, early return of funds is only permissible in the limited circumstances outlined above and a taxpayer should make certain those limitations are not an obstacle to entering into an exchange transaction.