Martin S. Edwards, J.D., CES®
Compliance with the IRC Section 1031 Regulations is a lot of form over substance -- if you want to attain a tax benefit, every i has to be dotted and every t crossed.  Good faith efforts are not enough, because lurking in the regulations are numerous procedures that have to be followed to achieve a successful deferred exchange.  Among other things, these rules require avoiding constructive receipt of the exchange funds received in the sale. 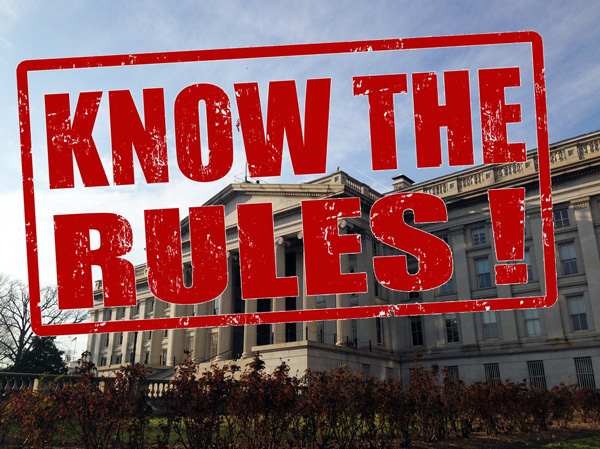 For further practices that could derail your 1031 exchange, check out 1031 Like-Kind Exchange Pitfalls to Avoid - Part II.

A taxpayer cannot take actual possession or be in control of the net proceeds from the sale of relinquished property in a 1031 exchange. For tax purposes, the taxpayer does not receive payment, rather those funds are being held for application towards a replacement property to complete the exchange.  Should no replacement property work out by the end of the 180-day exchange period or no property be identified by the end of the 45-day identification period, the funds can be received, and the sale would be reported as such.  However, the following pitfalls must be avoided by the taxpayer and the exchange company.

Often, a taxpayer will identify more than one possible replacement property but acquire just one during the exchange. Generally, when an exchange is completed, it is permissible to return excess funds.  However, if the taxpayer has identified more than one property and there are still available funds in the account, the taxpayer, whether or not he had the intention to, could use those funds to buy another property.  In such a case, the funds need to be held until a termination event occurs (usually 180 days from the inception of the account).

Should the excess proceeds be returned earlier and the taxpayer found to have some control of the funds, the exchange could be jeopardized.  An exchange company can prevent this situation in advance by requiring the taxpayer to indicate how many of the designated properties he intends to acquire.

For example, if two properties are identified as potential replacement properties, and the taxpayer indicates that they are in alternative to one another (only one is intended to be purchased), most exchange companies will release excess funds after one is purchased, since the clear intent was for the second property to be a backup if the first one could not be acquired.

The Regulations permit the payment of certain transactional costs out of the exchange account.  In order for the costs to be eligible, they have to (i) pertain to the disposition of the relinquished property or the acquisition of the replacement property and (ii) appear under local standards in a typical closing statement as the responsibility of the buyer or seller.  The first criterion is almost always present; it is the second that can be problematic.

As an example, payments relating to a loan on the replacement property, such as a loan application fee, points, credit report, etc., are not an exchange expense, rather they are capitalized into the cost of the replacement property.  However, expenses for real estate commissions, transfer taxes, recording fees and other expenses would seem to fall within the requirements of the second criterion and are properly paid out of exchange expenses.

The transfer of the relinquished property to the Qualified Intermediary, and the receipt of the replacement property from the Qualified Intermediary is considered an exchange. To be compliant with IRC Section 1031, the transaction must be properly structured, rather than being a sale to one party followed by a purchase from another party. Exchange companies are sometimes asked to pay for legal fees or accountant fees out of the exchange account.  Often, the attorney fees or accounting fees pertain exclusively to the exchange transaction.  In these instances, the attorney can be asked to provide a memo or e-mail confirming his opinion that the attorney fee appears under local transactions in a typical closing statement as the responsibility of the buyer or seller.  Fees for accountants, for example, do not usually appear on closing statements anywhere, and the exchange company would be well advised to withhold this kind of payment request.

Once, again, the larger point here is that allowing access to the exchange funds for costs or expenses that are not permitted would put the taxpayer in constructive receipt of the funds.

It is not unusual for a taxpayer to provide earnest money at the time the replacement property contract is entered into.  At some time prior to the closing of the replacement property purchase, the taxpayer will request a reimbursement for the advance of funds used to purchase the property.  Unfortunately, under the exchange rules, a taxpayer cannot receive a benefit (much less a payment) from the exchange account.

As an alternative, the taxpayer may request that the exchange company make a superseding earnest money payment and arrange for the person holding the original deposit to return it directly to the taxpayer. Another alternative would be to ask the closing agent to show an offsetting debit line item on the settlement titled “Reimbursement of prepaid earnest money to buyer.” The exchange company can overfund the wire to closing by the amount of reimbursement, and the taxpayer can be reimbursed by the closer in the closing.

At various times during the exchange period, a taxpayer may elect not to proceed with the transaction.  When this happens, the taxpayer will tell the exchange company that he understands that he will pay applicable taxes on the gain.  Under the regulations, exchange facilitators are only permitted to disburse funds at specific times for specific reasons.  The election by the taxpayer to terminate the account is not one of those instances.

In such a case, the client may not care if the rules are not followed - after all, he is agreeing to pay the applicable taxes.  The problem is that if the exchange facilitator is found to be deviating from the rules, previous exchanges for this taxpayer as well exchanges for other taxpayers serviced by the exchange company could be jeopardized.

1031 Exchange Pitfall No. 5 – To Whom was the Property Identified

The exchange company must be careful not to allow the return of funds other than in a prescribed manner.  Generally, one of the permitted factors that allows for the return of the funds is the failure by the taxpayer to identify any property within the 45-day designation period.  Although the designation notice is customarily given to the exchange company, the regulations provide that the designation can be valid so long as it is in writing and is given to “any party” to the transaction.

For example, the taxpayer may provide within the replacement property purchase agreement that the subject property is being identified as the taxpayer’s replacement property in an exchange. So in addition to confirming that the exchange company received no designation, the taxpayer should confirm that the designation was not given to any other party to the transaction.  Otherwise, the taxpayer could be receiving funds after the identification process but before the termination of the transaction.  Once again, the payment of the funds in this scenario could be viewed by the IRS as a departure from the rules.

In some jurisdictions, closings are facilitated by a title insurance company.  In others, the taxpayer’s attorney will act as closing agent.  In this capacity, the attorney will be in possession of the exchange funds in order to make disbursements as needed from the closing.  The regulations state in part that, “In addition, actual or constructive receipt of money or property by an agent of the taxpayer…is actual or constructive receipt by the taxpayer.”  Attorneys will frequently state that there is a distinction between their representation of a client and their actions as the closing agent for the parties.  In non-exchange transactions, it wouldn’t matter that the attorney is acting in both roles.

The treasury regulations speak to who can and cannot act as a qualified intermediary (the exchange facilitator). In general, those persons who are agents of the taxpayer cannot do so; the regulations refer to those prohibited persons as a “disqualified person[s].”

There are many ways an exchanger can get tripped up even if he is acting in good faith to keep to the regulations, particularly when it comes to constructive receipt of the funds.  And sometimes the activities that can lead to an allegation of constructive receipt are less than obvious.  The taxpayer or taxpayer’s counsel should take great care to avoid these possible pitfalls. Learn about more pitfalls to avoid in 1031 Like-Kind Exchange Pitfalls to Avoid - Part II.