1031 Real Estate Exchanges: What is Like-Kind?

Martin S. Edwards, J.D., CES®
A basic premise of the 1031 like-kind exchange is that the relinquished property and the replacement property have to be like-kind to one another. But what constitutes like-kind in the context of real estate exchanges is probably not what you might suppose it to be. Here, I will examine types of property interests that are considered like-kind to a conventional interest in real estate. 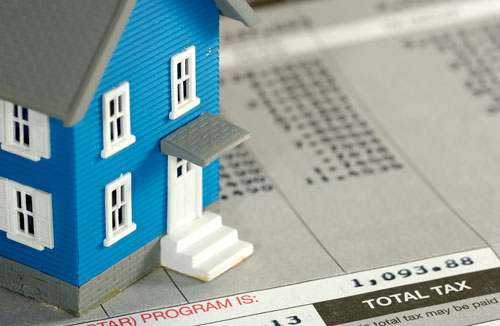 A basic premise of the 1031 like-kind exchange is that the relinquished property and the replacement property have to be like-kind to one another.  But what constitutes like-kind in the context of real estate exchanges is probably not what you might suppose it to be.  Here, I will examine types of property interests that are considered like-kind to a conventional interest in real estate.

Where is "like-kind" defined?

The question of what is like-kind when exchanging real estate is very broad.  This is not defined in the tax code or in the 1031 exchange regulations, rather it follows case law history, sometimes going back to English Common Law and IRS rulings.  Like-kind for personal property is more of a “same kind” analysis.  However for real estate, any type of real estate is like-kind to any other type.  So for example, an investment condominium would be like-kind to vacant land bought for appreciation.

What are some other real estate property interests?

The fullest and most complete ownership in land is known as a fee simple, or a fee interest.  A fee simple ownership can pertain to a taxpayer’s relinquished property or the replacement property.  This is also the most common interest that people own in real estate.  However there are many additional types of property ownership that are considered as like-kind to a fee interest and like-kind to each other.  Such property interests include:

Let’s look more closely at a few of these other real estate interests.

An easement is another real property ownership interest that can be exchanged for a fee interest in real estate.  For example an owner of land which contains a cell tower can sell that interest by conveying the buyer an easement on the portion of land where the cell tower is situated.  This often includes the assignment of the cell tower lease to the easement purchaser as well.  Although the lessor’s interest in the lease cannot be the subject of a real estate exchange, the value of the rental income under the lease can affect the value of the easement being transferred.

A lessee’s interest under a long-term lease has long been considered by the courts and the IRS to constitute a real estate interest.  As such it may be exchanged for a fee interest.  To distinguish a long-term lease from anything less, the lease has to have 30 years or more to run as of the time of sale of the lease interest.  Although the remaining term of the lease may be of some lesser term at the time of sale, for determining whether it is long-term includes the time of any option periods under the lease.  As an example, if at the time of the sale of the lease, it has ten years to run, but it also includes two ten year renewal options, that would be considered a lease of thirty years or more.  As such it could be exchanged for a fee interest.

Cooperative apartments, known as co-ops are generally owned by unit owners as holders of stock in the corporation which holds title to the property.  In addition, the unit owner usually gets a lease to his or her unit.  Although exchanges of stock are not allowed under the tax code, the IRS has issued several letter rulings confirming for 1031 exchange purposes, the interest of a taxpayer in a co-op can be exchanged for other interests in real estate.

Illinois-type land trusts (found in various other states as well) are similar  The land trust company, the trustee, holds legal title to the real estate on behalf of its customer, the land trust beneficiary.  Sales of certificates of trust or beneficial interest are not permitted under the exchange rules, but the nature of the beneficiary’s ownership in a land trust is so much like any direct real property interest that the IRS allows the trustee’s sale of the trust’s interest or a taxpayer selling the beneficial interest in the trust to be treated as like-kind to a fee interest as replacement property.

Oil, gas and other mineral rights have become increasingly popular as replacement property for taxpayers. These royalty interests provide the taxpayer with an investment where there are no management headaches and the rates of return are often higher than a conventional real estate “arm chair” investment.  These royalty interests give the holder a percentage of the mineral interest taken from the property and are considered like-kind ownership trading from a direct real estate investment or trading from a mineral interest into a fee interest.

As a general matter, a person or entity owning land also owns whatever property improvements are situated on the land.  But it is possible to separate the improvements from the underlying land.  A party can convey improvements to another party without conveying the underlying property.  It is also quite common for the owner of land to lease the land to a party who would erect and own improvements.  This is done via a ground lease. This lease technique can be particularly helpful to certain taxpayers who want to use proceeds of sale of a relinquished property to build on property owned by an entity that is related to the taxpayer.