Actual or Constructive Receipt of Funds in a 1031 Exchange

Accruit
One sure way to kill a 1031 exchange is to be in "actual or constructive receipt" of funds from sale of relinquished property. What does this mean? 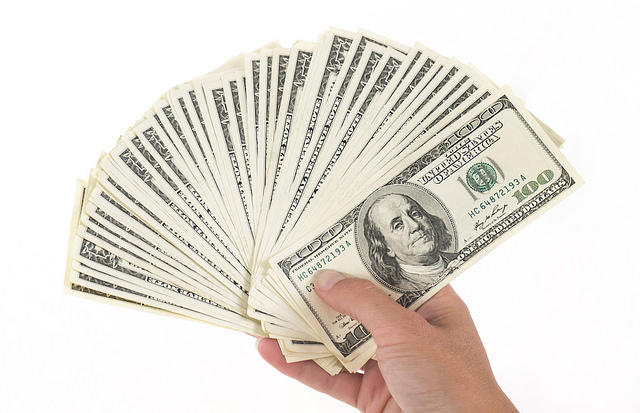 The IRC Section 1031 regulations have at their core a rule against the taxpayer being in actual or constructive receipt of exchange proceeds.  This rule covers the period of time from the point of sale of relinquished property to the purchase of replacement property.  Of course, once the 180-day exchange period lapses the ability to do a delayed exchange is over and the funds can be returned to the taxpayer. The reason for this requirement is based upon the underpinnings of the delayed exchange regulations themselves.

Prior to the issuance of the 1031 regulations in 1991, it was thought that for a valid exchange the taxpayer needed to sell relinquished property and acquire replacement property simultaneously.  The replacement property could come from the buyer of the relinquished property or from a third party joining in the closing.  For the first time, in 1991, the IRS provided a “safe harbor” mechanism to allow a delay of up to 180 days from the sale to the purchase.

The safe harbor mechanism allowed the exchanging taxpayer to direct the proceeds from the disposition of the relinquished property to a special account. The funds in the special account are held there until they can be used to acquire the replacement property that the taxpayer has designated to complete his exchange. The funds can be distributed to the seller after certain time periods if the taxpayer is unable to acquire suitable replacement property.

The special account can be one in which the exchange company (a qualified intermediary such as Accruit) is holding the funds on behalf of the taxpayer, or it may take the form of an escrow or trust account.   In each case, consistent with the concept that the proceeds from the sale of the relinquished property were not received by the taxpayer but that the taxpayer is receiving like-kind property instead, the taxpayer is not permitted to take possession of or otherwise use the funds until they are used to acquire replacement property.  Should the taxpayer have actual or constructive receipt of the funds, he is deemed to have sold the property and any subsequent purchase would not constitute a valid exchange; rather it would be considered like any other sale and purchase for cash, and there would be no tax deferral.

Examples of Actual or Constructive Receipt

There are times when a taxpayer sells relinquished property and has the bona fide intention to do an exchange.  The taxpayer leaves the closing with a check payable to him in hand, arrives home and calls an exchange company to discuss next steps.  Even though he has not deposited the check and has every good faith intention of doing an exchange, his receipt of the check puts him in actual receipt thereby negating the possibility of an exchange.

Constructive receipt is similar.  Let’s say at the end of a closing, the taxpayer’s lawyer puts the proceeds in the lawyer’s clients’ funds account. The lawyer’s possession of the funds is imputed to the taxpayer. The lawyer, an agent of the taxpayer, causes the taxpayer to lose the opportunity to do a delayed exchange under the applicable safe harbor.

The (g)(6) Provisions of the Regulations

The actual rule disallowing any exchange where the taxpayer has actual or constructive receipt is generally referred to as the “(g)(6)” rule:

“(6) ADDITIONAL RESTRICTIONS ON SAFE HARBORS UNDER PARAGRAPHS (g)(3) THROUGH (g)(5). (i) An agreement limits a taxpayer's rights as provided in this paragraph (g)(6) only if the agreement provides that the taxpayer has no rights, except as provided in paragraphs (g)(6)(ii) and (g)(6)(iii) of this section, to receive, pledge, borrow, or otherwise obtain the benefits of money or other property before the end of the exchange period.”

Lender Issues and the (g)(6) Provisions

If the lender is willing to be flexible, there are some potential work-arounds for this problem. Michael Tuchman, a tax and transactional lawyer at the Chicago law firm of Levenfeld Pearlstein who represents various exchange companies, lenders and taxpayers doing exchanges, has written a short memo on some of the techniques that can give the lender a reasonable degree of comfort without necessarily violating the (g)(6) provisions. (“Exchangor" or "Exchanger") Individual or entity desiring an exchange. Taxpayer s should, of course, consult their own tax advisors for situation-specific advice.

The ability to defer tax under IRC Section 1031 and the associated regulations can be very valuable to taxpayers.  However, in order to benefit from this tax deferral, strict adherence to the 1031 rules is required.  One key rule is ensuring that the seller/taxpayer does not assert any ownership of the sale proceeds during the pendency of the transaction.  Actual or constructive receipt of funds evidences an ownership interest and violates the exchange rules.

Any attempt to pledge exchange funds during the exchange would constitute evidence of an interest in the funds and is specifically disallowed.  In certain situations, this lack of the ability to pledge causes significant issues to lenders who need to make sure they have sufficient collateral while not wanting to cause a breach of the taxpayer’s transaction.  There are a few measures that can ameliorate this problem by allowing some degree of protection to the lender without rising to the level of pledging the funds.