Accruit
Highlights from our meetings with congressional representatives and White House staff at the Associated Equipment Distributors (AED) Washington Fly-In 2017. 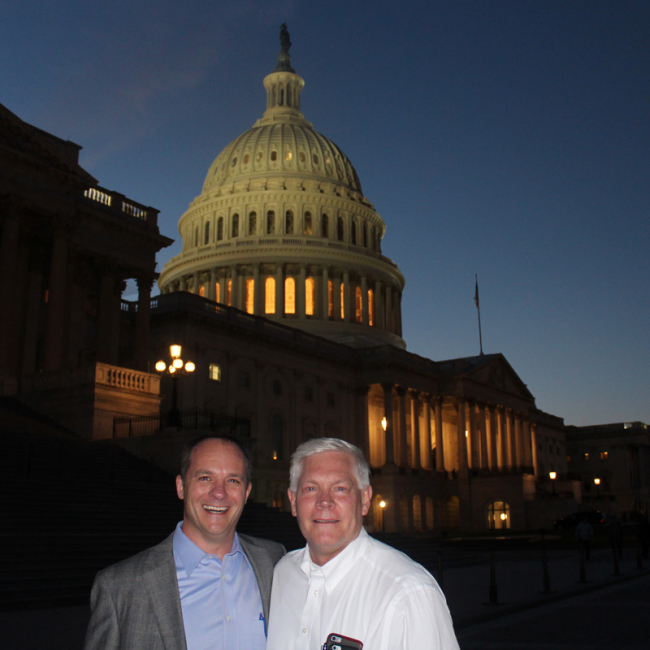 Earlier this month, as part of Accruit's ongoing advocacy efforts, I attended the Associated Equipment Distributors (AED) 2017 Washington Fly-In, an opportunity for AED members to actively participate in the legislative process on important issues. Tax reform is one such issue, along with the preservation of Section 1031 like-kind exchanges and the benefit they represent to the industry and the economy.

Our fly-in agenda was packed with meetings with legislators, all of whom play an influential role in the direction that tax reform will take. Over the course of three days, we met with numerous committee and sub-committee chairmen, the Speaker of the House of Representatives, the Secretary of the Interior, and other high-ranking White House advisors.

Tax reform is on the horizon, but just when it will happen is anyone’s guess. There is a collective desire to act prior to Fall recess. If our meetings were any indication, the divisiveness in Congress and the uncertainty of where the Trump administration stands may forestall action on that timetable.

Simplification and fairness are agreed upon goals, however the disagreement is in the details – what stays and what goes, which parts of the tax code are up for repeal. My purpose is to point out unintended consequences that will impact U.S. companies and to advocate for the retention of like-kind exchanges and the benefits they represent in your industry and the economy. I assure you, our message was heard.

Tax reform is certainly forthcoming and necessary, but the shape that reform takes requires careful consideration. If we sacrifice the incentives that allow businesses to grow in return for simply lower tax rates, then we fail at this unique opportunity for actual reform. Please stay engaged and informed through this process, and let your congressional representatives know what does and does not drive your business.