Accruit
Read more about Legislative activity regarding the proposed elimination of Section 1031 from the Internal Revenue Code. 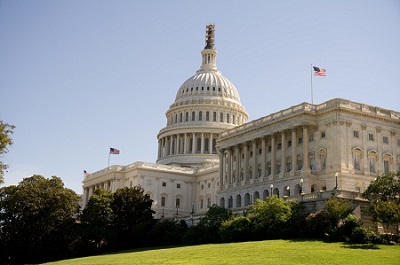 Last fall, former Chairman Senator Baucus (D-WY) of the Senate Finance Committee, submitted a draft tax reform proposal that discussed the possibility of eliminating 1031 exchanges. Taxable gains on personal property exchanges were to be mostly absorbed by the introduction of a pooling method for asset depreciation similar to Canada’s. Like-kind exchanges of real property were completely eliminated in the Baucus draft.

Earlier this year, Representative Dave Camp (R-MI), Chairman of the House Ways and Means Committee, followed up with his own ideas outlining comprehensive tax reform with the goal of reducing corporate tax rates to 25%.  This too proposed complete elimination of section 1031 from the Internal Revenue Code (IRC). The comprehensive set of tax laws created by the Internal Revenue Service (IRS). This code was enacted as Title 26 of the United States Code by Congress, and is sometimes also referred to as the Internal Revenue Title. The code is organized according to topic, and covers all relevant rules pertaining to income, gift, estate, sales, payroll and excise taxes. Internal Revenue Code by January, 2015.

Quickly to follow we saw President Obama’s 2015 budget proposal limiting the amount of deferral for capital gains to $1 million per taxable year.

So, what does this mean?

In my opinion, 1031 tax deferred exchanges are not going away this year nor will they be eliminated in the next several years.  Why?  Well let’s look at the drivers responsible for tax reform.

Remember, a bill must first be introduced to the floor of the House by approval of the Committee, then voted on by Members of the House.  The same process is performed by the Senate.  Should both separate Bills receive enough votes to pass, then the House and Senate must reconcile a Bill to present to the President, who has the authority to sign OR veto at his discretion.

Tax reform is difficult.  Comprehensive tax reform is monumental.  We have a Congress who finds it arduous to agree on almost anything presented before them.  1031 like-kind exchanges, whether simultaneous or deferred, most likely, will not be on the chopping block come November of 2014.  Nor do I think LKEs will be legislated away in the next few years – at least without a fight.  Too many employers, associations, service industries, congressmen and women, recognize 1031s are a vital tool in the US economy.