Martin S. Edwards, J.D., CES®
Although the California form FTB 3840 is only in draft form currently and the State is requesting comments on the form, the state does intend to make it applicable for California like-kind exchanges taking place in 2014.  This new filing requirement applies to all taxpayers, regardless of residence status or commercial domicile, who exchange real property located in California for like-kind property located outside of California.  Non-California resident taxpayers who find themselves selling relinquished real property located in the State of California while acquiring replacement property outside of the state must keep in mind, and comply with this new reporting requirement. 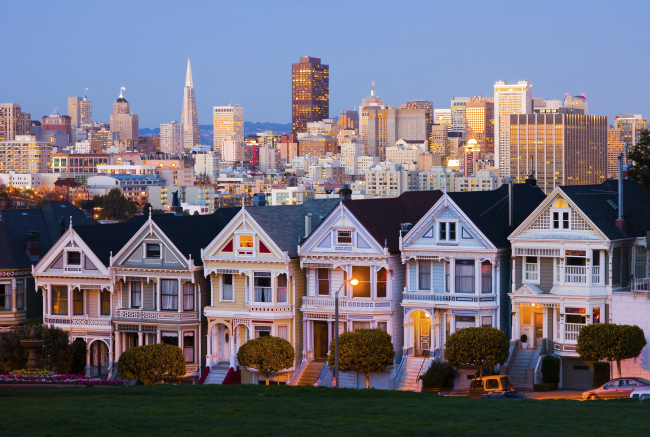 While Internal Revenue Code (IRC). The comprehensive set of tax laws created by the Internal Revenue Service (IRS). This code was enacted as Title 26 of the United States Code by Congress, and is sometimes also referred to as the Internal Revenue Title. The code is organized according to topic, and covers all relevant rules pertaining to income, gift, estate, sales, payroll and excise taxes. Internal Revenue Code (IRC) Section 1031 pertains to the deferral of tax on the federal level, the various states in the country generally follow the Fed's lead in this regard.  So, if a transaction meets the requirements of IRC Section 1031, the state in which the relinquished property is located will similarly recognize the tax deferral.  However, a few states take this matter of deferral a bit further and will only allow taxpayers who trade into replacement property in the state to avoid ongoing reporting.  For those states, should a taxpayer acquire out-of-state replacement property, there is a requirement to pay to the state the original amount deferred when the out-of-state replacement property is sold.  These state provisions allow the states to reach out into a future transaction and require the tax be paid upon the original transaction.  Due to this ability to reach out and pull back the tax deferral, these state requirements are sometimes known as "clawback" provisions.  States with clawback provisions include:

The State of California and the Proposed Form FTB 3840 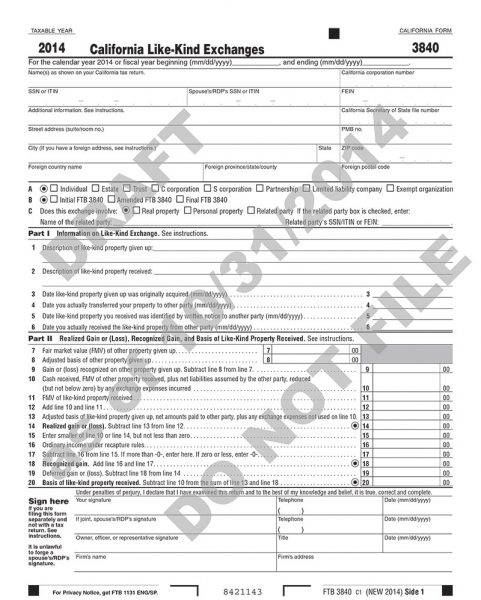 The State of California's Franchise Tax Board (FTB) has recently released a draft of its proposed form FTB 3840, California Like-Kind The transfer of the relinquished property to the Qualified Intermediary, and the receipt of the replacement property from the Qualified Intermediary is considered an exchange. To be compliant with IRC Section 1031, the transaction must be properly structured, rather than being a sale to one party followed by a purchase from another party. Exchange s, which would require taxpayers who sell relinquished real property in the State of California and who buy replacement real property out of that state to report annually the subsequent status of the replacement property :

Form FTB 3840 must be filed for the year in which the exchange is completed and for each subsequent year until the California source deferred gain is recognized.

So if the status is that the property was sold in a subsequent year, the California tax will be recognized and paid at that time.  In the case of a California resident who acquires replacement property out of state, the FTB 3840 is to be attached to the taxpayer's state tax return.  For non-resident California state taxpayers, the requirement is for the taxpayer to file the form FTB 3840 as an informational return.