Accruit
Equipment owners will frequently incorrectly frame their equipment dispositions in the context of capital gains tax. This can be a costly mistake. 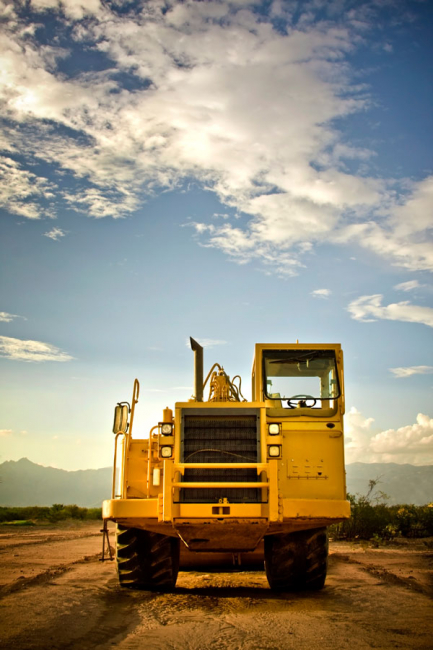 Owners of heavy equipment tend to avoid such questions until it's time to sell some of their business assets.  Even with initial planning under their belts, many equipment owners will incorrectly frame their equipment dispositions within the context of capital gains tax.  This can be a costly mistake, as capital gains rates tend to be lower than the ordinary income tax rates actually triggered by the sale of depreciable assets.  In order to clear up some of this confusion, let's review capital gains and depreciation recapture, both commonly known as "gains."

Furthermore, capital gain transactions are classified as either "short term" or "long term," where short term refers to those assets held for less than one year and long term refers to assets held for longer than one year.  This is important to note as short term capital gain transactions are taxed at ordinary income rates and can reach amounts in excess of 40%.  However, dispositions classified as long term have benefited from historically low tax rates, with most taxed no higher than 15%.  In reviewing Tax Topic 409 – " Calculation of the difference between the sales price of the relinquished property less selling expenses and less the adjusted basis of the relinquished property. Capital Gain s and Losses," the Internal Revenue Service states that:

"…some or all net capital gain may be taxed at 0% for the 10% or 15% ordinary income tax brackets. However, a 20% rate on net capital gain applies in tax years 2013 and later to the extent that a taxpayer's taxable income exceeds the certain thresholds.

There are other exceptions where capital gains may be taxed at rates greater than 15%, including, but not limited to, gains from selling collectibles (like coins or art) are taxed at a maximum 28% rate."

It's also important to note that special tax rates related to capital gains transactions are not available to C corporations.

Some equipment owners may have dispositions triggering the capital gains tax.  However, most of their sales will involve the disposal of non-appreciating business-use personal property, including:

Sales of these assets typically trigger gains associated with depreciation recapture, taxed at higher ordinary income tax rates.  Stated simply, the Internal Revenue Service forces a recapture of past depreciation expense as taxable income in the year of the asset(s) sale.  This is best illustrated by example: 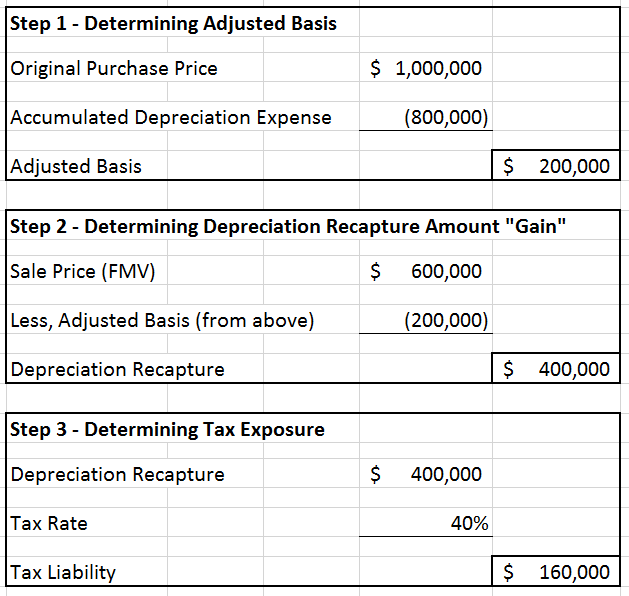 As you can see, the amount subject to recapture is limited to the difference between the asset's sale price and its adjusted basis.  So there's no full recapture of the depreciation expense taken (in previous years).

Whether gains come in the form of depreciation recapture or as capital gain, the Internal Revenue Code (IRC). The comprehensive set of tax laws created by the Internal Revenue Service (IRS). This code was enacted as Title 26 of the United States Code by Congress, and is sometimes also referred to as the Internal Revenue Title. The code is organized according to topic, and covers all relevant rules pertaining to income, gift, estate, sales, payroll and excise taxes. Internal Revenue Code Internal Revenue Code generally requires taxpayers to recognize these amounts as taxable income.  Fortunately, Section 1031 provides an exception to this general requirement and allows equipment owners a proven pathway to sell business assets without incurring the related tax liability.  If the sale (in the above example) would have received like-kind exchange treatment, the entire $160,000 of tax liability would not have been triggered.  Instead, that amount could have been used to invest in replacement assets, allowing the equipment owner to reinvest in the growth of their business.  Remember, like-kind exchanges require advance planning with the right team.  Asset owners should always approach like-kind exchanges with care and be sure to involve their tax advisors prior to the sale of any business-use assets.