Is Early Release of Exchange Funds Possible Under 1031 Exchange Rules?

Martin S. Edwards, JD, CES®
There are times when a taxpayer acting in good faith may seek to receive a return of his deposit while agreeing that the normal taxes will be due on the gain.  Unfortunately the early return of funds is permissible in limited circumstances, and a taxpayer should make sure those limitations are not an obstacle to entering into an exchange transaction. But, does compliance with the IRS position in these instances matter, when the exchange is not going to be carried out? Yes, it does. 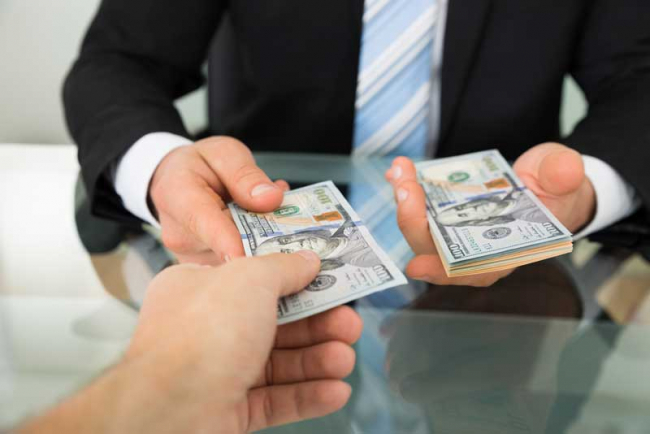 Tax deferral in a proper 1031 exchange is based upon strict adherence to Internal Revenue Code (IRC). The comprehensive set of tax laws created by the Internal Revenue Service (IRS). This code was enacted as Title 26 of the United States Code by Congress, and is sometimes also referred to as the Internal Revenue Title. The code is organized according to topic, and covers all relevant rules pertaining to income, gift, estate, sales, payroll and excise taxes. Internal Revenue Code Section 1031 and the Regulations pertaining to that Code section.  In fact, there is a distinct emphasis of form over substance throughout the Regulations, and consequently there is no exception when it comes to the early release of funds. It is not sufficient for a taxpayer to change their mind in regards to a 1031 exchange and to state they are willing to pay the taxes in full on their gain. Logic suggest that this should be allowed, but unfortunately the IRS has not chosen to follow this commonsense practice. Only under specific circumstances are the early release of funds possible once a 1031 exchange is underway.

Possible Reasons for Not Completing an Exchange

Failure to Identify within 45-day Period

The Regulations state “The agreement may provide that if the taxpayer has not identified replacement property by the end of the identification period, the taxpayer may have rights to receive… money…at any time after the end of the identification period”. The most common reason that a taxpayer may not identify replacement property within the 45 day window is because the taxpayer did not find any property that was not to his satisfaction. The taxpayer may decide on a date prior to the 45 day date that she has not found anything to her liking, and she wishes to terminate the exchange, receive a return of her funds and pay the taxes otherwise due when someone sells rather than exchanges. Under other circumstances, a taxpayer can have every intention to identify replacement property within the 45-day period but may have fallen ill or had her home damaged in some type of catastrophe. Unfortunately, these good faith reasons to identify after the end of the identification period are not recognized in the Regulations. This may seem harsh, but short of the taxpayer’s location or the property's location being in a federally-declared disaster area, the IRS does not make exceptions. Failure to identify replacement property within the 45-day period means your exchange will be closed on day 46 and funds will be released, you will have to report and pay taxes on the full gains.

Failure to Acquire within the 180 day Exchange Period

The Regulations further state: “An agreement limits a taxpayer's rights as provided in this paragraph (g)(6) only if the agreement provides that the taxpayer has no rights, except as provided in paragraphs (g)(6)(ii) and (g)(6)(iii) of this section, to receive …money… before the end of the exchange period.

Once one or more properties are identified the taxpayer needs to wait until she has received all the properties she is entitled to based on the identification.  Should she choose to terminate the exchange before the end of the 180 day exchange period and pay full taxes, that cannot be done.

When Early Release of Funds is Allowable under the Regulations

Funds can only be released within the 180-day exchange period if one of the following occurs:

(A) The receipt by the taxpayer of all of the replacement property to which the taxpayer is entitled under the exchange agreement, or

(1) Relates to the deferred exchange,

(2) Is provided for in writing, and

(3) Is beyond the control of the taxpayer and of any disqualified person (as defined in paragraph (k) of this section), other than the person obligated to transfer the replacement property to the taxpayer

In an example of circumstance (B), a Purchase and Sale Agreement for replacement property might contain a contingency providing that the taxpayer will need to obtain a zoning variance for the transaction to go ahead.  Failure to obtain it would be a valid reason to terminate the exchange.  Short of these limited exceptions, the Regulations do not provide the ability to terminate the exchange on demand, despite the taxpayer being willing to pay the applicable taxes due in the absence of a completed exchange.

The IRS settled this uncertainty by the issuance of Private Letter Ruling PLR200027028.  The ruling detailed where an exemption to the rule against release might apply.  However in the conclusion, the IRS held that in the absence of an occurrence of an event under (A) or (B) above, the exchange agreement could not be amended to allow for early distribution.  The ruling states, “Accordingly, we rule that Exchangor’s standard exchange agreement and standard qualified trust agreement, as amended, do not meet the requirements of Section 1.1031(k)-1(g)(6)(iii) of the regulations.”

There are times when a taxpayer acting in good faith may seek to receive a return of his deposit while agreeing that the normal taxes will be due on the gain.  Unfortunately the early return of funds is permissible in very limited circumstances, and a taxpayer should make sure those limitations are not an obstacle to entering into an exchange transaction.

Does compliance with the IRS position in these instances matter, when the exchange is not going to be carried out? Yes, it does. While it may not matter from the taxpayer’s standpoint if he is violating the rules for a successful exchange, the QI is responsible for adhering to a course of conduct outlined by the rules. Acting otherwise jeopardizes the QI’s position with the IRS and could jeopardize other exchanges that are otherwise valid.