Keep Your BIG (Built-In Gains) from Getting Small

Accruit
Using like-kind exchanges when disposing assets during the holding period of a C corp to S corp conversion to defer taxes on built-in gains (BIG). 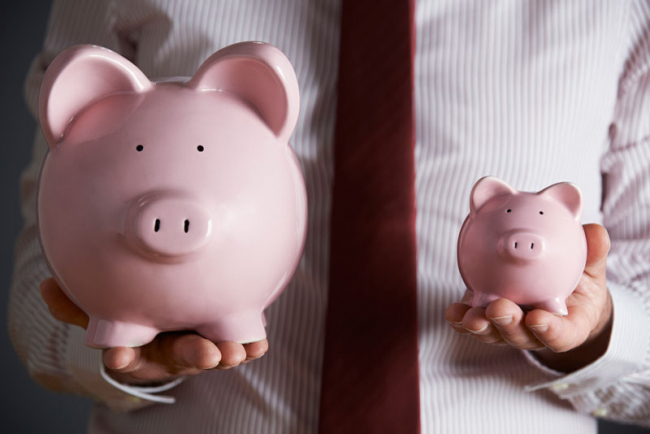 Thinking about changing your corporate structure from a C corporation to a subchapter S corporation?  S corporations, partnerships, and certain LLCs are considered pass-through entities, which means they "pass through" various types of taxable income: interest, dividends, deductions, and credits to the shareholders, partners, or members responsible for paying tax. This avoids the double taxation associated with C corporations that pay entity-level taxes and then distribute dividends that become subject to individual taxes.

What is Built-in Gains Tax?

With all of the tax advantages provided to S corporations, many companies are making the move.  However, there are some pitfalls.  One of these is the tax recognition of built-in gains (BIG). Generally, BIG tax is triggered when existing assets are sold during the holding period, a period after the conversion to S corporation status. The holding period is currently 10 years, starting from the date of the conversion.  During this period, the existing assets are encumbered by the corporate tax rate of 35%.

For ESOP companies contemplating the conversion from C Corporation to S Corporation, one of the factors to consider is that stock-option purchases generated by employee participation in an ESOP are also subject to the IRC Section 1374 – Built-In The amount received for a property, minus the property’s adjusted basis and transaction costs. Regardless of the adjusted basis of a property, there is no gain until the property is transferred. There are two types of gain: “realized gain” and “recognized gain.” Realized gain is the difference between the total consideration (cash and anything else of value) received for a piece of property and the adjusted basis. Realized gain is not taxable until it is recognized. Gain is usually, but not always, recognized in the year in which it is realized. If gain is not recognized in the year it is realized, it is said to be deferred. In an exchange under Section 1031, realized gain is recognized in part or in full to the extent that boot is received. See Boot. Where only like kind property is received, no gain is recognized at the time of the exchange. Gain s (BIG) Tax.

When it comes to tax law, Congress has a habit of letting certain provisions expire, only to extend/amend them in later tax years.  Built-in gains are no exception:

The shorter holding periods of prior years proved beneficial for a great number of companies that were concerned about the traditionally long (10 year) holding period, helping many avoid recognizing gains at a punishing 35%.

In the ordinary course of business, companies may need to dispose of existing assets, whether those assets are underutilized, aging fleets, idle or obsolete equipment, or rental assets routinely sold and replaced. Holding on to such assets takes up yard space and triggers unnecessary insurance costs and maintenance fees.  Exchanging them through a Section 1031 like-kind exchange (LKE) will protect those built in gains from income recognition (taxation), free up working capital, and significantly increase cash flow to continue growing and expanding operations.

Beyond the Holding Period: The Like-Kind Exchange Program

Implementing a 1031 exchange will not only keep the BIG tax at bay, it can reduce or eliminate other holding costs and secure tax benefits beyond the holding period.  It is a little bit like having your cake and eating it too.  Asset owners that maintain an LKE program throughout the holding period can permanently avoid the pain of BIG tax and implement a business process that protects them from triggering taxation after the holding period ends.

Asset owners, with recent C to S corporation conversions should evaluate their tax positions with their advisors, and consider the potential negative impact of their built-in gains.  With the help of a qualified intermediary, owners can project the returns that like-kind exchanges can generate by allowing access to a low cost of capital, deferring gain recognition, and ensuring that their BIG will never get small.