Martin S. Edwards, J.D., CES®
While IRC Section 1031 is 100 years old this year, it has not always been a simply process for a taxpayer to meet the Code requirements. As a result of the Treasury Regulations enacted in 1991, the formation of safe harbors addressed many of the problems in doing a 1031 exchange prior to that time. 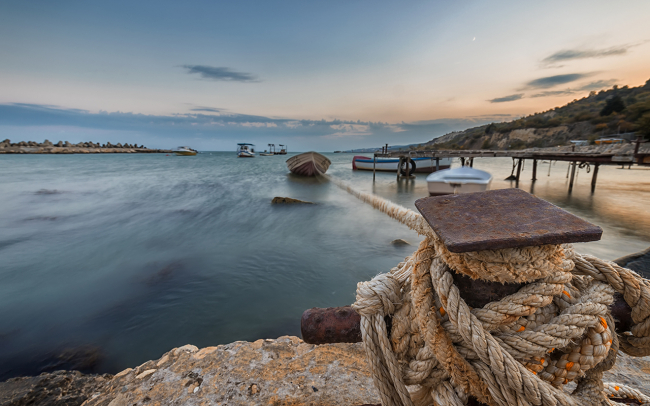 IRC Section 1031, allowing for tax deferral for properties that are the subject of an exchange rather than a sale, or even a sale followed by a purchase, has been around for a very long time. In fact, 2021 marks 100 years since the Code Section became law. It has not always been a simple process for a taxpayer to meet the Code requirements but as a result of the Treasury Regulations enacted in 1991 much certainty was put in place and issues that hovered prior to the Regulations were addressed.

The 1991 Regulations set forth four “safe harbors” that addressed many of the problems in doing a 1031 exchange prior to that time. The fours safe harbors are:

The necessity of keeping the sale proceeds out of the control of the taxpayer was a big issue in the era after 1984. If the buyer suffered from buyer’s remorse after taking possession of the property, she might want to hold back some of the proceeds. Perhaps even worse, what if the buyer went bankrupt or had judgements against her causing the funds to be unavailable to conclude the exchange. The first safe harbor provided some certainty that if followed, the taxpayer would not be in receipt or control of the funds.

As a practical matter in the current era this safe harbor is seldom used. Other options are more practical and still keep the taxpayer out of actual or constructive receipt.

This safe harbor involved the buyer placing the sale proceeds into an escrow or trust account. The thought being that the use of an escrow or trust could essentially take the buyer out from further involvement in the taxpayer’s exchange while not putting those funds under the taxpayer’s control. To some extent this safe harbor is the codification of the use of a “ The landmark legal decision of T.J. Starker v. U.S., 602 F. 2d 1341 (9th Cir. 1979) was significant in the development of the 1031 tax exchange rules. In this case the Ninth Circuit Court held that non-simultaneous 1031 exchanges were permissible and set the precedent for the current 180 day non-simultaneous, delayed tax-deferred like-kind exchange transactions. Also referred to as a Starker Exchange. Starker Trust ” which came into vogue after the Starker case and the 1984 Tax Act. This safe harbor is still in use. Another benefit to this safe harbor is that it effectively keeps the exchange proceeds segregated from any proceeds that are otherwise comingled in the account of the company facilitating the exchange. This has been a problem for taxpayers at times in the past where the facilitator declared bankruptcy. Further the terms of the escrow or trust generally require the joint direction of the taxpayer and facilitator to the third-party escrow agent or trustee which limits an unscrupulous facilitator’s ability to unilaterally move the money.

This safe harbor is the most important of them. It is not enough for a taxpayer to sell and buy a property within the applicable time frame. Rather the taxpayer needs to exchange one property for another. Prior the issuance of the Regulations, for all practical purposes the party with whom the taxpayer did an exchange was the relinquished property buyer. Rather than pay the taxpayer the purchase price, the buyer used those proceeds to acquire the taxpayer’s target replacement property and then transferred that property to the taxpayer. For a variety of good reasons buyers did not want to take on this role, they simply wanted to pay the negotiated purchase price and move on.

The QI also typically provides a secondary function. That is to hold the funds for the benefit of the taxpayer. So in lieu of using a third party to hold the funds under an escrow or trust, the QI places the funds in separately identifiable accounts with a bank and holds the funds FBO taxpayer.

Again, harkening back to the time prior to the 1991 regulations, it was difficult to deal with the interest that accrued on exchange funds during the period up to 180 days to wrap up the exchange. If the taxpayer received the interest, then she might be deemed to have owned the deposited funds. That would put her in constructive receipt and taint the exchange. One alternative was to allow the interest to get paid to the buyer, but that was an unintended windfall for the buyer. At times, the taxpayer and buyer would try and estimate the anticipated interest and add that to the purchase price of the property. That way the seller actually received the value of the interest, but the actual interest was paid to the buyer. The fourth safe harbor dealt with this problem and simply provided that the taxpayer would not be deemed in constructive receipt of the exchange funds on account of the interest accruing for her benefit.

As can be seen, the 1991 Exchange Regulations cleared up a lot of uncertainty that existed prior. In particular the safe harbors set forth made delayed exchanges much simpler and provided comfort to taxpayers and their advisors alike in structuring a delayed exchange.