The Same Taxpayer Requirement in a 1031 Tax Deferred Exchange

Accruit
What is the same taxpayer rule in a 1031 like-kind exchange, and in what instances can a taxpayer change ownership while preserving tax identity? 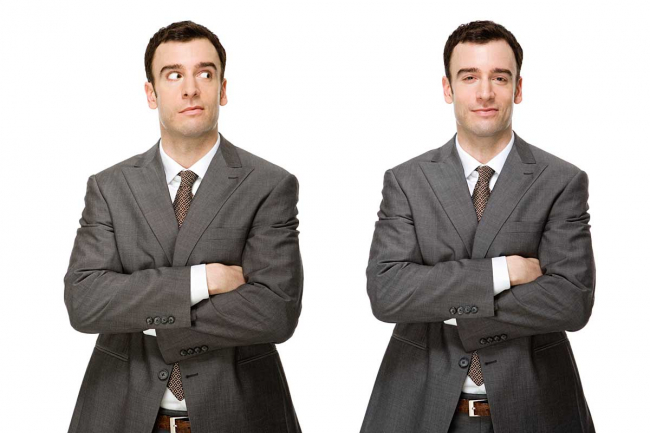 What is the Same Taxpayer Rule in a 1031 Like-Kind Exchange?

In a 1031 exchange, the taxpayer who owns the relinquished property must be the same taxpayer who takes ownership of the replacement property.  Keep in mind that one of the justifications for tax deferral is that a taxpayer has reported all the incidences of ownership and that the taxpayer’s basis will carry over into the new replacement property.  The taxpayer is only getting deferral, not permanent tax avoidance, and the sheltered gain will be due ultimately upon a future sale of the property without an exchange. If the taxpayer were to change tax identities within an exchange, there would be no continuity of tax ownership and no reason to afford deferral.

In addition, the exchange regulations provide that the taxpayer must transfer the relinquished property as well as receive the transfer of the replacement property.  If, for tax purposes, the taxpayer changes its tax identity between the sale and the purchase, then the same taxpayer will not have disposed of and received property.  So, while the same taxpayer requirement will not be found by those words in the regulations, it is very clearly implicit.

When determining what constitutes “the same taxpayer” the tax identity may be different than the legal title.  It is the tax identity that must be maintained and follow from the relinquished property ownership to the replacement property ownership.  Another way to look at this is whether the selling and buying entities use the same social security number for both properties and does it change to a Federal Tax- Section 1031(a)(3) and Section 1.1031(k)-1(c) provides that a written unambiguous description of the intended replacement property or properties, signed by the taxpayer must be sent to the qualified intermediary or other person who is a party to the exchange and who is not a disqualified person. Identification Number (FEIN or EIN) from one property to the other. The social security number would typically be used for a single individual’s ownership, including ownership under tax disregarded entities discussed below in more detail. The FEIN number would typically be used for a business or an entity ownership consisting of more than one person or more than one entity, such as a multi-member limited liability company or a partnership.

Can a Taxpayer Change the Ownership but Maintain the Tax Identity?

Remember that we are talking about the tax identity, not necessarily the specific name of the title of the property.  So let’s look at some various ways in which a taxpayer can hold title that would preserve the tax identity:

Holding Title in the Taxpayer’s Own Name

Using the taxpayer’s own name is the most common form or ownership.  This ownership can be as an individual, LLC, partnership, etc.  There is always a tax identification number associated with this ownership.

Holding Title as a Single Member LLC, Trustee of a Revocable Living Trust, or TIC

Single member LLCs and Self Declarations of Trust (Living Trust) are known as “tax disregarded entities.” These entities are taxed to the party that is the sole member of the LLC or the grantor/beneficiary of the trust.  A TIC is also deemed to be owned by the owner of that Tenant in Common share.  The fact that there are other co-owners of the property has no adverse consequences to the taxpayer being the same taxpayer who sold the property individually.

DSTs themselves are regarded as a trust, however the owner of a DST share is regarded as owning a beneficial interest in the trust.  As such, a person selling as an individual but buying through a DST interest is still treated as the same taxpayer assuming the beneficial interest is held in the same individual taxpayer’s name.  In 2004, the IRS issued a ruling confirming that the use of a DST for the purchase of replacement property was permissible with certain restrictions.

Holding Title as Beneficiary of an Illinois Type Land Trust

The Same Taxpayer Rule and Spouses

There are times when only one spouse is on title to the relinquished property and the taxpayer would like to add the spouse to the title to the replacement property. This is not encouraged since the other spouse was not the same taxpayer who sold the relinquished property. When a taxpayer does want to bring the spouse on title, advisors usually suggest waiting until the “exchange is old and cold.” Waiting several years should be sufficient.

Other times, only one spouse will be on title to property but the lender in connection with the replacement property financing will require the additional spouse to go on title as a condition of the loan. If this is a written request from the lender, rather than the taxpayer’s election, it is unlikely that the IRS would find it objectionable. Should someone wish to use an abundance of caution, a document could be drawn up confirming that the additional spouse is holding the interest “in trust” on behalf of the original spouse.

In cases where only one spouse is on title to the relinquished property there is an exception to the requirement that only that spouse may be on title to the replacement property. This exception can be found in community property states where if the spouses live in one such state both spouses are deemed to own the property regardless of only one of the spouse holds legal title. While this will apply to most real estate ownership in these states, there are a few exceptions such as the real estate being the subject of a gift or inheritance of one spouse.

Death of a Taxpayer during a 1031 Exchange

There are instances in which a taxpayer passes away at a point in time after the sale of the relinquished property and before the purchase of replacement property.  In the absence of continuation of the exchange in these instances, the estate would be taxed on the gain from the sale.  However, in spite of the fact that a (deceased) individual and his estate are not the same taxpayer, the regulations do allow the estate to continue the exchange transaction and receive deferral.

The theory behind like-kind exchange tax deferral is based upon continuity of a taxpayer’s investment.  Implicit with this is that if the taxpayer changes between the disposition of an asset and the acquisition, there cannot be continuation of the taxpayer’s investment.  However, there are various types of property-holding arrangements, many of which are disregarded for tax purposes, that allow for a taxpayer to hold relinquished property in a different name while meeting the same taxpayer requirement.