Should 1031 Like-Kind Exchanges be part of a Simpler, Fairer Tax Code?

Accruit
We support the goals of tax reform: to achieve a simpler, fairer and flatter tax code, but deleting code sections does not make it simpler or fairer. 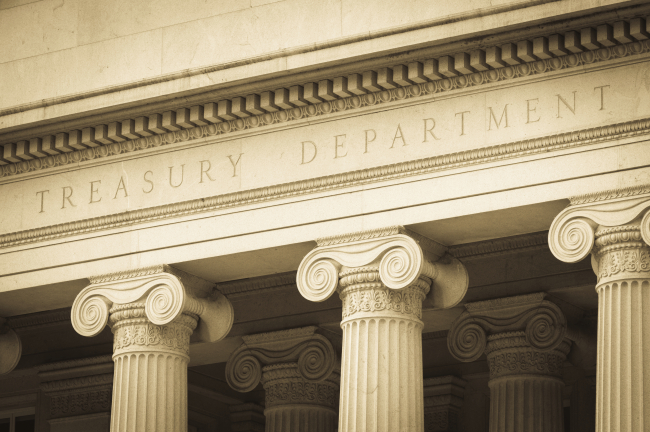 As Politico noted in a recent report on The Center for American Progress study, “The Growing Consensus to Improve Our Tax Code,” there are  more than 20 tax “proposals that could be areas of common ground. It argues that there are opportunities throughout the tax code for bipartisan action even if comprehensive reform isn't an option.”

The underlying tone of this study is the desire to create a “simpler and fairer tax code.” Wouldn’t that be nice?  However, I’m struggling to recall ever having seen Congress make anything simple.  "Fair" would take an even greater leap of faith.  As business owners, we know better.  Simpler to whom?  Fairer to whom?  Remember my comments in a previous post about a zero-sum game?

The study reports that business tax changes account for nearly two-thirds of the potential reform areas. They include depreciation and expensing, LIFO, 1031 exchanges, carried interest and passive loss limitations related to oil and gas investments.

The Federation of Exchange Accommodators (FEA) recently responded directly to this report, clarifying inaccuracies, myths and misstatements of the legislative history that were noted to justify repeal of Internal Revenue Code (IRC). The comprehensive set of tax laws created by the Internal Revenue Service (IRS). This code was enacted as Title 26 of the United States Code by Congress, and is sometimes also referred to as the Internal Revenue Title. The code is organized according to topic, and covers all relevant rules pertaining to income, gift, estate, sales, payroll and excise taxes. Internal Revenue Code Internal Revenue Code section 1031 ("Section 1031") (see page 28 in the report).  While we all support the goal of making the “tax code work better for everyone – not just the wealthy and well connected,” many disagree that repeal or limitation of Section 1031 would further tax reform goals.   Merely deleting code sections in our tax code does not make it simpler or fairer. On the contrary, removing the benefits of like-kind exchanges encourages effectively penalizes business owners who have limited access to capital while hoping to grow operations and maintain their workforce.

Lawmakers often rely on sources or themes that might promote good political policy but result in decisions that promote bad economic policies. In order to fully understand why Section 1031 like-kind exchanges create good political, tax and economic policy, let’s review some of the myths surrounding the code section’s original intent noted by the FEA in a formal response.

Myth 1: The Congressional purpose for Section 1031 is no longer relevant

Truth: Section 1031 was enacted in 1921 for three primary purposes, two of which are even more relevant today in our global economy.

The third primary purpose of the 1921 law had to do with "administrative convenience," which referred to "the difficulty of valuing exchanged property." Three years later in 1924, Congress scrapped administrative convenience as a purpose for Section 1031 as being too vague, however this long-defunct third purpose, which the U.S. Treasury Department acknowledges is no longer true, is curiously the only rationale cited by the Treasury for repeal.

Myth 2: The absence of a precise definition of “like-kind” is administratively difficult for the IRS and creates the opportunity for abuse.

Truth: The definition of “like-kind” is well understood. Section 1031 is neither administratively difficult for either the IRS or taxpayers, nor is it abused.

The study, citing the Tax Reform Act of 2014, states that “the current rules have no precise definition of ‘like-kind,’ which often leads to controversy within the IRS and provides significant opportunities for abuse.”

Treasury Regulations in effect since 1991 provide specific frameworks for determining whether assets are “like-kind.” Like-kind exchanges conducted within the regulatory safe harbors under Section 1031 using professional qualified intermediaries are straightforward transactions that follow a well understood set of rules, procedures and documents. (“Exchangor" or "Exchanger") Individual or entity desiring an exchange. Taxpayer s claiming tax-deferral treatment must report certain information on IRS Form 8824 with their tax returns. Determination of whether the rules have been complied with is not complicated. Furthermore, professional qualified intermediaries promote compliance, and are subject matter experts who simplify Section 1031 transactions by guiding clients and their tax advisors through the process, providing proper documentation, holding funds and offering other services.

Myth 3: Section 1031 allows taxpayers to avoid capital gains taxes (taxation), and to defer gain indefinitely until the gain and related tax are eliminated at death.

Truth: Under Section 1031, taxes are deferred - not eliminated. At some point the tax gets paid.

The study states that Ways and Means Committee Chairman Dave Camp's (R-MI) staff “caution that the rules enable investors to defer capital gains taxes for decades or avoid them entirely if the owner of the property dies before realizing their gain for tax purposes.” Citing a journal article, the study also asserts that Section 1031 rules are frequently used to “avoid capital gains taxes on real estate investments.”

at which time the value of the replacement asset could be subject to estate tax at a rate more than double the capital gains tax rate. It should also be noted that taxpayers utilizing Section 1031 exchanges include corporations and other business entities that cannot “take the gain to the grave.”

Myth 4: Like-kind exchanges are used only by the wealthy or well connected.

Truth: Like-kind exchanges are fair and working well for a broad spectrum of taxpayers at all levels.

Section 1031 is fair, benefiting taxpayers of all sizes, from individuals of modest means to high net worth taxpayers and from small businesses to large entities. Transactions represent taxpayers at all levels, in all lines of business, including individuals, partnerships, limited liability companies, and corporations. An industry survey showed that 60% of exchanges involved properties worth less than $1 million, and more than a third were worth less than $500,000. Exchanged properties include real estate, construction and agricultural equipment, railcars, vehicles, shipping vessels and other investment and business-use assets.  Tax deferral benefits are only available if the taxpayer continues their investment by acquiring like-kind replacement property.  This restriction retains value and stimulates activity within an economic sector that has a positive ripple effect.  Thus, even the relatively rare exchanges of art and classic cars stimulate business for auction houses, galleries, artists, framers, insurers, auto dealers, mechanics, body shops and the like.

Truth: When the impacts of the economic stimulus effect of Section  1031 and the effect of depreciation are taken into account, any Treasury revenue raised from elimination of Section 1031 would be negligible.

The study cites the Joint Committee on Taxation’s assertion that the elimination of Section 1031 will raise approximately $41 billion over 10 years.

This ignores the fact that like-kind exchanges are a powerful economic stimulator, encouraging investment in small and medium sized growing businesses and thereby promoting U.S. job growth. Section 1031 exchanges contribute to the velocity of the economy by stimulating a broad spectrum of transactions which, in turn, generate jobs and taxable income through business profits, wages, commissions, insurance premiums, financial services, and discretionary spending by gainfully employed workers.  This transactional activity raises state, local and federal tax revenue through transfer, sales and use taxes and increased property taxes. The loss of this economic stimulus would be costly to the U.S. economy, creating a chilling effect on real estate transactions, reduced demand for manufactured goods and job loss, as many transactions would be abandoned or delayed by taxpayers unwilling or unable to withstand an effective tax on their working cash flow.

With respect to depreciable assets, like-kind exchanges are essentially revenue-neutral because gain deferred is directly offset by a reduction in future depreciation deductions available for assets acquired through an exchange. The tax basis of newly acquired replacement property is reduced by the amount of the gain not recognized due to the exchange of the sold property. Consequently, the taxpayer forgoes an equal dollar amount of future depreciation deductions on the replacement property, resulting in increased annual taxable income over time, taxed at ordinary income tax rates.

We generally all support the goals of tax reform: to achieve a simpler, fairer and flatter tax code that is more efficient and results in a broader tax base, minimized economic distortion, greater financial growth, job creation and a strengthened economy. However, effective reform requires well-reasoned change.  Achieving meaningful reform starts with preserving existing incentives for investment that are proven tools used to spur economic growth and productivity within the United States.