This interview is one in a series in which we've asked an industry leader questions on the topic of tax reform and the issues faced by Congress in addressing the tax code. 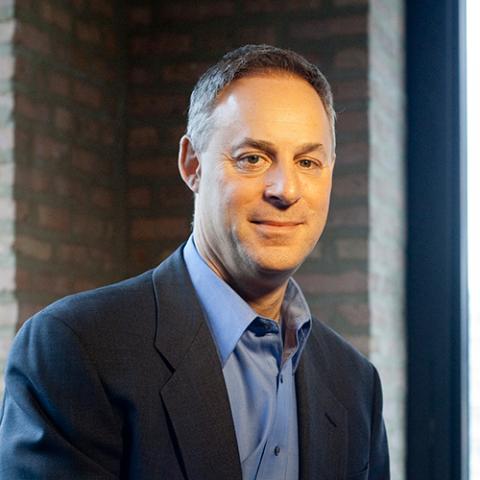 Scott Goodman is the Founding An amount borrowed or the balance owed on a loan, excluding interest or the money that is used to pay down the balance owed on a loan. Principal of Sterling Bay, a commercial real estate investment and development firm he established in 1986. Today, Scott focuses on investor relations, procurement of financing and equity, and transaction structuring. Scott earned a BS in Economics from the University of Michigan and an MBA from Northwestern’s Kellogg School of Business. Scott is the former Board Chair and current Board member of both the PKD Foundation and Heartland Alliance. He is also a member of the Chicago Economics Club.

What are your thoughts on Congress allocating significant time and resources to tax reform in 2015?

Congress’s attention to tax reform is long overdue.  The tax code is just a series of layers on top of layers of  either revenue generators or incentives which have relevance at the time they are enacted, but are not adequately reviewed over time.    The fact that a majority of Americans are not capable of preparing their own tax returns is testament to the fact that the tax code is too complicated. This seems almost unconstitutional.

Do you think Congress should address corporate-only or comprehensive tax reform, and why?

Congress should undertake comprehensive tax reform.  The U.S. is falling way behind in the condition of our infrastructure, whether it be the existing conditions of our roads, bridges, and electrical grid, or the need to build new wireless networks or fiber lines.  Obviously our national debt needs to be addressed as well.  Comprehensive tax reform can at once simplify our tax code and raise needed revenues for public projects.

The upper end of the tax rate for U.S. corporations is 35% and the individual rate is pushing 40% for federal and state taxes alone. Should that be cut and do you think individuals and/or corporations would be willing to give up popular tax incentives to do so?

I do not think the tax rates for corporations or individuals should be cut. In fact, greater distribution of wealth is exactly what is needed to give our economy a chance of fortifying the middle class.  Current policies have created a clear ”have/have not” society in America, and this is dangerous.  Corporate incentives should be scrutinized.

Many industries receive tax credits that are excessive and probably unnecessary. As for eliminating some of the popular incentives, again, they should be scrutinized.  Because they are intended to affect behavior, we should analyze the tax incentives to be sure that the type of behavior they were intended to affect is still (a) effective (b) relevant, and (c) worth the cost of revenue loss.

What part of your business would be impacted most by a repeal of 1031 exchanges and why?

In the past, we used 1031 exchanges often.  Today, we utilize them less frequently because the ownership structure of our deals has become more complex.  Repeal of 1031 exchanges would, in certain instances, affect our ability to purchase certain properties because oftentimes property owners will only sell if they can trade into new properties and defer taxes.

How can Washington simplify the tax code?

Obviously a flat tax or a tax code devoid of deductions, special treatments and credits would be simpler; I'm just not sure it would be better.  The tax code is too voluminous.  Layers and layers of new taxes and provisions have been added over time, many cowing to special interests, many which have added to the complexity without fixing or amending the problems they were meant to address.

Time to start over. The tax code should be made fair and balanced, readable and understandable, easily compliable and accessible.

Are there certain parts of the tax code today that would dramatically change your business should they be repealed?

I am sure there are, but I am not familiar or knowledgeable  enough to comment.

Are you concerned by the recent spike in inversions undergone by U.S. corporations?

No, not concerned, but this loophole should be closed.