Who is disqualified from facilitating a 1031 like-kind exchange?

Accruit
The 1991 Treasury Regulations introduced the notion of a qualified intermediary that could facilitate a 1031 exchange, but what makes an intermediary qualified? 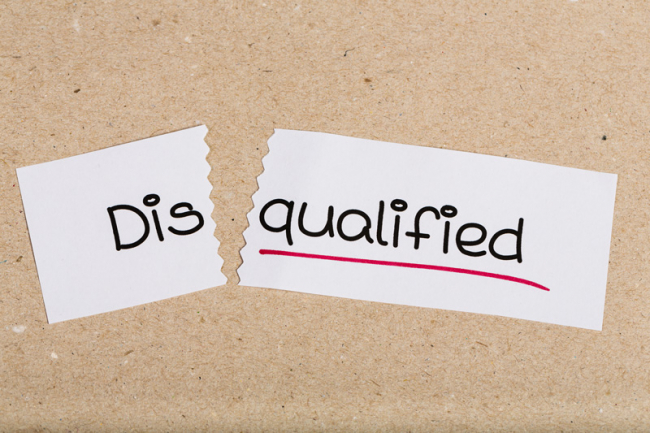 Creation of the Role of Qualified Intermediary in the Treasury Regulations

Prior to the Internal Revenue Code (IRC). The comprehensive set of tax laws created by the Internal Revenue Service (IRS). This code was enacted as Title 26 of the United States Code by Congress, and is sometimes also referred to as the Internal Revenue Title. The code is organized according to topic, and covers all relevant rules pertaining to income, gift, estate, sales, payroll and excise taxes. Internal Revenue Code Internal Revenue Code Section 1031 Treasury Regulations issued in 1991 governing exchanges, it was difficult to arrange for the taxpayer’s buyer to actively participate in the taxpayer’s exchange transaction. It could not be accomplished without the buyer’s significant involvement. However, buyers were not typically motivated to assist in the seller’s attempt at tax deferral. The 1991 regulations sought to deal with this thorny problem by creating a new entity known as a qualified intermediary (QI).

Persons Disqualified to Act as Intermediary

To answer this, it is helpful to review the regulations to see what persons are specifically not qualified to facilitate an exchange. Anyone who is not disqualified should then be considered qualified. Also, it should be noted that, although in these regulations (and the Tax Code) there are references to persons, that term is also deemed to refer to other entities, as well. In general, an agent or related party of the taxpayer is disqualified. The regulations state:

If any of this group of persons provided services within two years of the sale of the relinquished property, that person (or entity) is disqualified. There are several exceptions, and the primary one pertains to financial institutions. This exception applies where the entity has provided “routine financial, title insurance, escrow, or trust services for the taxpayer by a financial institution, title insurance company, or escrow company.” So, for example, a company who provides routine banking services or escrow services can still be qualified to act under these rules.

As for having a related party act as the QI in an exchange, the rules make reference to code sections 267(b) and 707(b). The rules in these code sections apply specifically to a taxpayer wishing to buy replacement property from an individual or entity to whom the taxpayer is related, however the disqualified person rules borrow from these provisions. I address the specifics of the related party rules in "1031 Tax Deferred Exchanges Between Related Parties."

The related party rules primarily disallow a person from acting as QI if they are a familial relation to the taxpayer. With regard to entities in which the taxpayer may have an ownership interest, the related party rules provide that a greater than a 50% interest between the taxpayer and a replacement property seller will cause the transaction to be disallowed. For instance, if taxpayer A wished to buy his replacement property from a two-member LLC of which A and B were equal members, the transaction would be allowed since A does not have a greater than 50% interest in the LLC. Not so if A has a greater than 50% interest.

Although here I am specifically addressing persons disqualified from acting as qualified intermediaries, it should be noted that there are similar roles that may also be serviced by an exchange company, from which such persons would be similarly disqualified. These roles include those of qualified escrow agent, trustee of a qualified trust and, for reverse 1031 exchanges, exchange accommodation titleholder. Acting in any one of these capacities would require that the service provider not be a disqualified person.

In summary, to act as a qualified intermediary a person or entity must not be a disqualified person under the applicable regulations. Persons who are agents of the taxpayer, defined as having done work for the taxpayer during the prior two-year period, are disqualified. This rule does not apply if the service provided has merely consisted of routine financial services during that period.

Additionally, a related party cannot provide QI services if that party is one of enumerated types of relations to the taxpayer or if the taxpayer has an interest in the service provider greater than 10%. Finally, if a person is not disqualified, then the person is qualified.

For more information on this or other 1031 topics, contact me today.