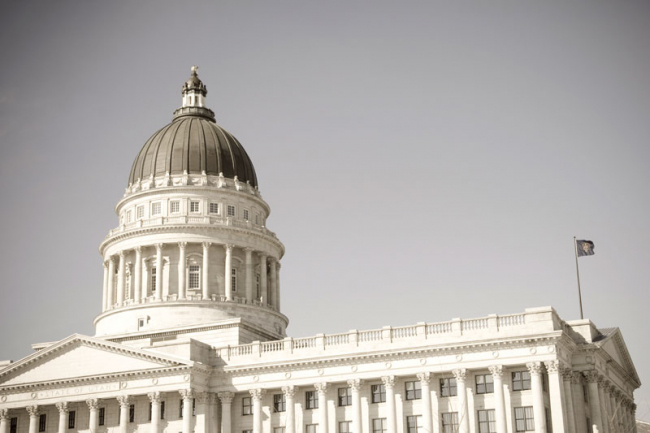 Modern day tax deferred exchanges began in the early 1980s with a court ruling (the Starker case) that an exchange for relinquished property and the purchase of corresponding replacement property did not need to take place simultaneously to be valid.  The Tax Reform Act of 1984 contained a legislative response to the holding in the Starker case.  While the Starker case involved a five-year period between sale and purchase, Congress reduced this to a maximum of 180 days from sale to purchase.

There was still a lot of uncertainty at the time on how to do a non-simultaneous exchange, and near the end of 1991, the Treasury Department put forth a detailed body of regulations providing a roadmap for non-simultaneous exchanges. While this guide to a delayed exchange was very welcome, the Treasury Department chose not to include guidance on property “parking” transactions.  Property parking transactions include reverse exchanges in which a taxpayer needs to buy the replacement property prior to the sale of the relinquished property and property improvement exchanges in which a replacement property requires improvements to be paid out of relinquished property sale proceeds. To accomplish these transactions, the exchange company had to take legal title to the property and so it was often said that the property was “parked” with the exchange company.

In 2000, the Treasury Department and IRS published a revenue procedure providing guidance on parking type exchanges. Similar to the time limit of 180 days for a routine exchange, the time limit of 180 days was also allowed for a parking transaction.  As long as a taxpayer followed the rules and wrapped up the parking transaction within 180 days, he was deemed to fall within the safe harbor of properly doing a parking transaction.  Unlike a conventional exchange, in which the exchange company acts as a qualified intermediary, in a parking exchange the company is acting as an accommodator.  Under the safe harbor for parking exchanges, the following are permitted:

Unfortunately, the revenue procedure did not address how to accomplish a parking transaction that required a longer time period than 180 days.  These are generally referred to as non-safe harbor exchanges. It was widely believed that a transaction outside the safe harbor needed to include the following:

As a consequence of these stringent requirements non-safe harbor parking exchanges were exceedingly rare.  Those persons whose day-to-day work included a heavy mix of 1031 exchanges and parking exchanges eagerly awaited a decision. A particular Tax Court case was pending for ten years involving a non-safe harbor property improvement situation.  On August 10, 2016 the United States Tax Court filed its opinion in the Bartell case.

The Bartell Case and What it Means for Reverse Exchanges

Somewhat surprising to the 1031 exchange community, the Tax Court holding in the Bartell case was very taxpayer-favorable.  Among other things the Court noted that:

The Court went on to state that other cases at the Tax Court had concluded that the third party (the accommodator) did not have to have the burdens and benefits of property ownership.  The Court went on to say that if its decision was appealed, it would be heard by the Ninth Circuit Court of Appeals and it too had held that burdens and benefits of ownership were not necessary in this context.  The Tax Court also placed substantial emphasis on the fact that in all of the prior favorable rulings, as well as the case in hand, a third party exchange facilitator (the accommodator) held ownership of the property during the transaction.

This was distinguished from another opposite holding by the Court in a case known as DeCleene v. Commissioner in which the taxpayer had owned the subject property at a prior time and did not use a third party facilitator to hold title.  The court stated, “This feature also distinguishes DeCleene from the myriad of other cases where taxpayers seeking 1031 treatment were careful to interpose a title-holding intermediary between themselves and outright ownership of the replacement property.” Likewise the Court was not bothered by the fact that Bartell had rights of possession of the property pursuant to a lease or that the parking agreement was up to twenty four months.

Takeaways from the Bartell Decision

The amount of time a parking transaction can be in place is open ended.  The Bartell case had an actual parking period of 17 months and the agreements between the parties had a 24-month term.  With regard to the time issue, the Court stated “We express no opinion with respect to the applicability of section 1031 that extends beyond the period at issue in these cases.”  So a term greater than 24 months may be acceptable but cautious practitioners may want to limit transactions to the time limit in Bartell.  As mentioned above, Congress enacted the 180-day limit to forward exchanges to limit the five-year term that was allowed in the Starker case and Congress may very well enact legislation to codify a non-safe harbor parking limit.

While this ruling has precedential value, it is possible that another Tax Court in a different circuit could choose not to follow the rationale set forth in the case.  Similarly, another court might not reach the same conclusion as the Ninth Circuit did in the “myriad of cases” that the Tax Court relied upon.  Lastly, the facts in this case preceded the A safe harbor generally refers to a fact situation where under traditional tax or legal principles the proposed transaction, or part of a transaction, would be prohibited. If an otherwise prohibited transaction can be structured pursuant to an IRS promulgated safe harbor, the IRS agrees not to challenge the structure as to form. Safe Harbor regulations that were promulgated in 2000, and a court may require a taxpayer to adhere to those time limits in order to qualify for a valid parking arrangement.