How to Help Prevent the Repeal of 1031 Exchanges

Accruit
The Like Kind Exchange Coalition continues to work for the preservation of 1031 like-kind exchanges. You can provide valuable assistance in that fight. 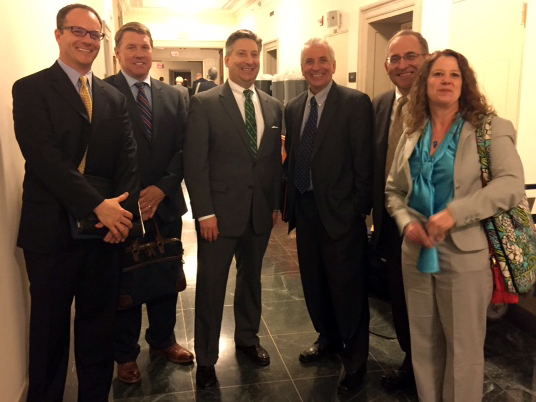 In March, the Like-Kind The transfer of the relinquished property to the Qualified Intermediary, and the receipt of the replacement property from the Qualified Intermediary is considered an exchange. To be compliant with IRC Section 1031, the transaction must be properly structured, rather than being a sale to one party followed by a purchase from another party. Exchange Coalition, comprised of representatives from real estate, equipment rental, car rental, energy and QI organizations met in Washington D.C. with two purposes. The first was to announce the results of the comprehensive E&Y study examining the impact a repeal of 1031 like-kind exchanges would have on the economy. The second was to schedule as many meetings possible with members of the Senate Finance and House Ways & Means committees during the three days that we were in D.C. The number of meetings turned out to be 60 and included meetings the Chief of Staff of the Joint Committee on Taxation, senior staff of the Chairman of the Senate Finance Committee, and the senior tax policy writers for the House Ways & Means Committee.

How the Congressional Committees Work

The Senate Finance Committee, chaired by Senator Orin Hatch, and the House Ways & Means Committee, chaired by Representative Paul Ryan, are the two primary congressional commmittees involved in legislating tax policy. The retention or repeal of 1031 exchanges resides squarely on the shoulders of these committees. Members of these committees propose draft bills or draft committee notes with which to engage other members in an effort to support a final bill to be sent to both the House and the Senate for approval before being sent to the president. 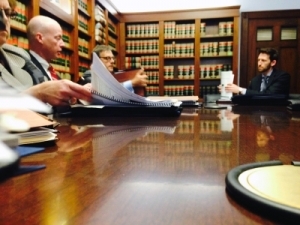 It's an arduous process, and the chances of moving tax reform forward by the end of the summer is slim, but possible. Our goal during our 60 meetings with these members was to speak to the economic value that 1031 exchanges represent to businesses in various sectors and to the nation's economy as a whole. It was also our goal to discourage members of the House and Senate from even considering 1031 repeal, which, in every modeled scenario in the E&Y study, shrinks GDP by $8 billion to $13 billion per year.

The Federation of Exchange Accommodators (FEA), with significant underwriting by Accruit, is now working "in-district," meeting with legislators in their own states, with key members of the Senate Finance and House Ways & Means committees to ensure that they understand the impact that 1031 repeal would have in their districts.

How You Can Help Preserve 1031 Exchanges

Our meetings, funded studies and continual grassroots efforts are making a difference. The tax committees have received over 33,000 letters from businesses who use 1031 exchanges. If you have not already sent a letter to your congressmen or women, I encourage you to do so by visiting 1031taxreform.com/join-campaign. The impact realized from this three-minute effort is exponential.

I also encourage you to contact your industry-specific associations and ask them what they are doing to help ensure that like-kind exchanges are retained. We're surprised to find several national associations downplaying or altogether ignoring the impact that 1031 repeal would have on their members, a stance that stems from corporate willingness to sacrifice anything, like-kind exchanges included, for a decrease in the corporate tax rate. What's missing from this notion however, is the understanding that 93% of American businesses are sole proprietorships that file at an individual tax rate and won't benefit from a corporate-only tax reform strategy that dismisses 1031s.

If 1031s are important to your business, and you believe your association should be involved in their preservation, let them know.