Max Hansen, J.D., CES®
As another election draws closer, 1031 exchange reform has become a campaign topic again. We have seen this many times before, and the truth is that 1031 exchanges directly stimulate economic growth and is not a tax shelter for wealthy investors. From funneling revenue to Main Street America, to reducing the cost of capital, 1031 exchange allows Americans to reap the benefits in a variety of ways. 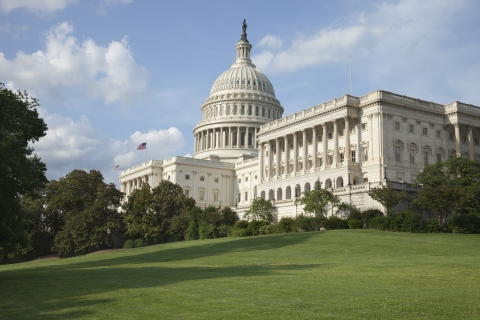 As many have reported, Presidential candidate Joe Biden announced on Tuesday, July 21st that he plans to raise cash for childcare and elderly services by revamping the rules for 1031 exchanges of real property to limit the tax deferral opportunity to taxpayers with annual incomes of less than $400,000 per year. Targeting 1031 exchanges such as what Biden proposes is not new. Various administrations of both parties have attempted for years to limit the extent of 1031 exchanges or repeal the provision to raise revenue for other programs. Ultimately those attempts have failed when, upon further consideration, they realized that they would have essentially jettisoned a tax provision that is not a “loophole” but was made a part of the Internal Revenue Code (IRC). The comprehensive set of tax laws created by the Internal Revenue Service (IRS). This code was enacted as Title 26 of the United States Code by Congress, and is sometimes also referred to as the Internal Revenue Title. The code is organized according to topic, and covers all relevant rules pertaining to income, gift, estate, sales, payroll and excise taxes. Internal Revenue Code in 1921 because it embodied good tax policy and directly influenced economic growth. There were sound reasons this concept was put into the Tax Code nearly 100 years ago. Those policy considerations are true now more than ever.

Why 1031 exchanges are important

The reasons for Section 1031 exchanges have become even more important in the tough economic times created by the current pandemic. Repeal or limitation of 1031 exchanges would only run counter to our shared goal of pulling the Country out of current economic doldrums. The empirical data amassed by diverse groups in the real estate industry is overwhelming that real estate transactions and specifically the ability to defer capital gains by reinvesting in business use or investment property is one of the strongest economic drivers in our country. The temptation to use the dramatic limitation of Section 1031 is shortsighted when viewed in the context of the effect on many other persons, industries and taxing entities that benefit from the frequent transfer of real estate ownership.

In addition, contrary to the often used refrain that rich persons or big real estate developers are the main beneficiaries of 1031 exchanges, the fact is that the bulk of real estate exchanges done in this country are in the $500,000 range and many times less than that. In those situations where the exchange value is higher, in situations involving family held Main Street businesses, farms, ranches and other properties, the value being exchanged represents sometimes multi-generational blood, sweat and tears expended in saving up a nest egg that can be used to improve the taxpayers’ properties and quality of life.

Biden stated that he wants to limit 1031 exchanges so he can use the revenue gained to improve child care and care for the elderly. However, to that point, owners of elder care facilities and child care facilities have regularly used 1031 exchanges to shed themselves of an outmoded facility and upgrade into facilities that better serve the children and elderly folks in their charge. As prior administrations ultimately concluded, when considering the overall impact, it does not make good business sense to overly limit an investment tool that benefits all Americans, spanning all economic strata and demographics, and is one of the most powerful economic drivers this country has.