A Primer on 1031 Exchanges and Related Types of Exchanges

Martin S. Edwards, JD, CES®
There are many types of conventional 1031 exchanges. There are also a lot of exchange-related transactions not specifically covered by Internal Revenue Code §1031. The variety and the terminology associated with the transactions can be confusing to taxpayers. We hope this primer serves as a valuable guide to learning more about 1031 exchange transactions and the important role of Qualified Intermediaries such as Accruit. 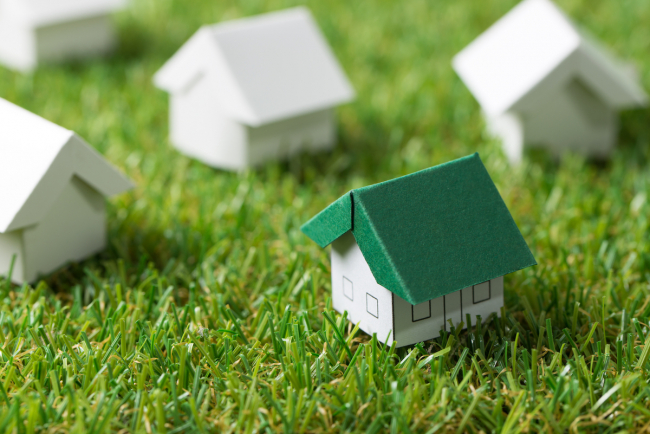 There are many types of conventional 1031 exchanges. There are also a lot of exchange-related transactions not specifically covered by Internal Revenue Code (IRC). The comprehensive set of tax laws created by the Internal Revenue Service (IRS). This code was enacted as Title 26 of the United States Code by Congress, and is sometimes also referred to as the Internal Revenue Title. The code is organized according to topic, and covers all relevant rules pertaining to income, gift, estate, sales, payroll and excise taxes. Internal Revenue Code §1031. The variety and the terminology associated with the transactions can be confusing to taxpayers. Definitions of many of the terms that follow can be found in our glossary. We hope this primer serves as a valuable guide to learning more about 1031 exchange transactions and the important role of Qualified Intermediaries such as Accruit.

The most basic of all 1031 transactions, the two-party simultaneous exchange involves two taxpayers who swap property with one another. To the extent one has to add cash to make up for a difference in value, the receipt of the cash by the other party is non “like-kind” property and therefore taxable to the recipient. In exchange vernacular the receipt of property which is not like-kind, in this example cash, and therefore taxable is referred to as “boot”.

(“Exchangor" or "Exchanger") Individual or entity desiring an exchange. Taxpayer s doing a direct two-party simultaneous exchange do not necessarily need to use an exchange company facilitator provided the contracts are prepared properly and the transaction is closed as an exchange rather than simply two sales and two purchases. Some persons elect to close these deals using an exchange company and to follow the rules for delayed (non-simultaneous) exchanges in order to benefit from the “safe harbor” as to structure that is set forth in the rules. In fact, recognizing that persons may wish to apply these rules to simultaneous exchanges, the preamble to the exchange Regulations provide:

Most of the points related to a two-party simultaneous exchange apply to this type of exchange as well. The primary difference with this type of exchange is that only one of the parties wishes to do an exchange and the second party has no property to transfer to the taxpayer/exchanger. However, the parties arrange so a third-party seller of a target property is identified. The second party buyer acquires the target property from the third party and exchanges that property with the taxpayer to enable the taxpayer to compete their exchange. This type of transaction also closes simultaneously with all parties at the closing table.

These types of exchanges are by far most common. Here the taxpayer sells to the party of choice and has 45 days to identify in writing potential replacement property and 180 days (sometimes earlier based on the due date for tax return filing) to acquire one or more of the properties identified. This type of transaction is covered by the exchange Regulations and requires the use of a “qualified intermediary”. This party, usually an exchange company, acts as a middleman (hence the term intermediary) between the taxpayer, the buyer and the third-party seller. For tax purposes, it is as if the taxpayer sold to the buyer through the intermediary and bought from the seller through the intermediary. Unlike the prior types of exchanges, the sale of the old property and the acquisition of the new property are not simultaneous.

In addition, the Regulations require that the during the period between the sale and the purchase, the proceeds of the sale, i.e. the exchange funds, be held outside the actual or “constructive” receipt of the taxpayer. This can be accomplished in a number of ways, however the most common and simplest is to have the qualified intermediary hold the funds for the benefit of the client. If replacement property is not identified or is identified but not all funds are used for acquisition, all or a portion of the exchange funds are returned to the taxpayer.

Under the exchange Regulations, exchanges have to be completed in the proper sequence. This means the sale of the relinquished property must take place prior to the acquisition of the new or replacement property. However, on occasion the facts are such that a taxpayer must acquire the new property prior to the sale or risk losing the desired new property. This reverse sequence is often referred to as a “reverse exchange.” Since exchanges have to be done in the proper sequence, embarking on this type of transaction is more complicated than a properly sequenced forward transaction.

A second similar technique is also available under the revenue procedure. This entails a sale on paper of the old property to the exchange company affiliate. Immediately after the sale the taxpayer acquires the replacement property. Again, this creates the proper sequence. The taxpayer and exchange company affiliate have 180 days to find a true buyer of the old property and the buyer’s funds make everyone whole.

Build-to-Suit, also known as Construction-to-Suit or Improvement The transfer of the relinquished property to the Qualified Intermediary, and the receipt of the replacement property from the Qualified Intermediary is considered an exchange. To be compliant with IRC Section 1031, the transaction must be properly structured, rather than being a sale to one party followed by a purchase from another party. Exchange s pertain to situations where a taxpayer desires to use a portion of the proceeds from the sale of the relinquished property to build on vacant new property or to make improvements to new property being acquired. Since exchanges must be “like-kind” exchanges of real estate, once the taxpayer takes ownership of the new property, any value of improvements completed is considered payment for labor and materials which is not real property and therefore not considered like-kind. This problem can be overcome with a technique which is essentially a reverse exchange.

The types of reverse and construction exchanges referenced to this point are creatures of the Revenue Procedure which outlines the safe harbor requirements for such transactions. Among other requirements of the safe harbor as to structure, the deals are required to wrap up within 180 days from the inception. However, in the real world it is not always practical to complete such transactions within that limited time frame. Especially in the case of significant new construction there are many reasons why the improvements cannot be in place in time to adhere to that short time period.

However, dependent on circumstances, there may be a window of opportunity to do reverse or construction type exchanges for a longer period. While there are no IRS rules explicitly allowing this longer structure, there are various cases and rulings which provide a basis for these transactions. Further the safe harbor Revenue Procedure tacitly acknowledges that these deals may take place even though not explicitly covered in the Revenue Procedure

These are generally significant sized properties and the transactions are usually quite complicated. The taxpayer is best served if he/she has knowledgeable professional advisers and can find an exchange company experienced in all the nuances of structuring such transactions to provide the best chance to pass muster if ever scrutinized by the IRS.