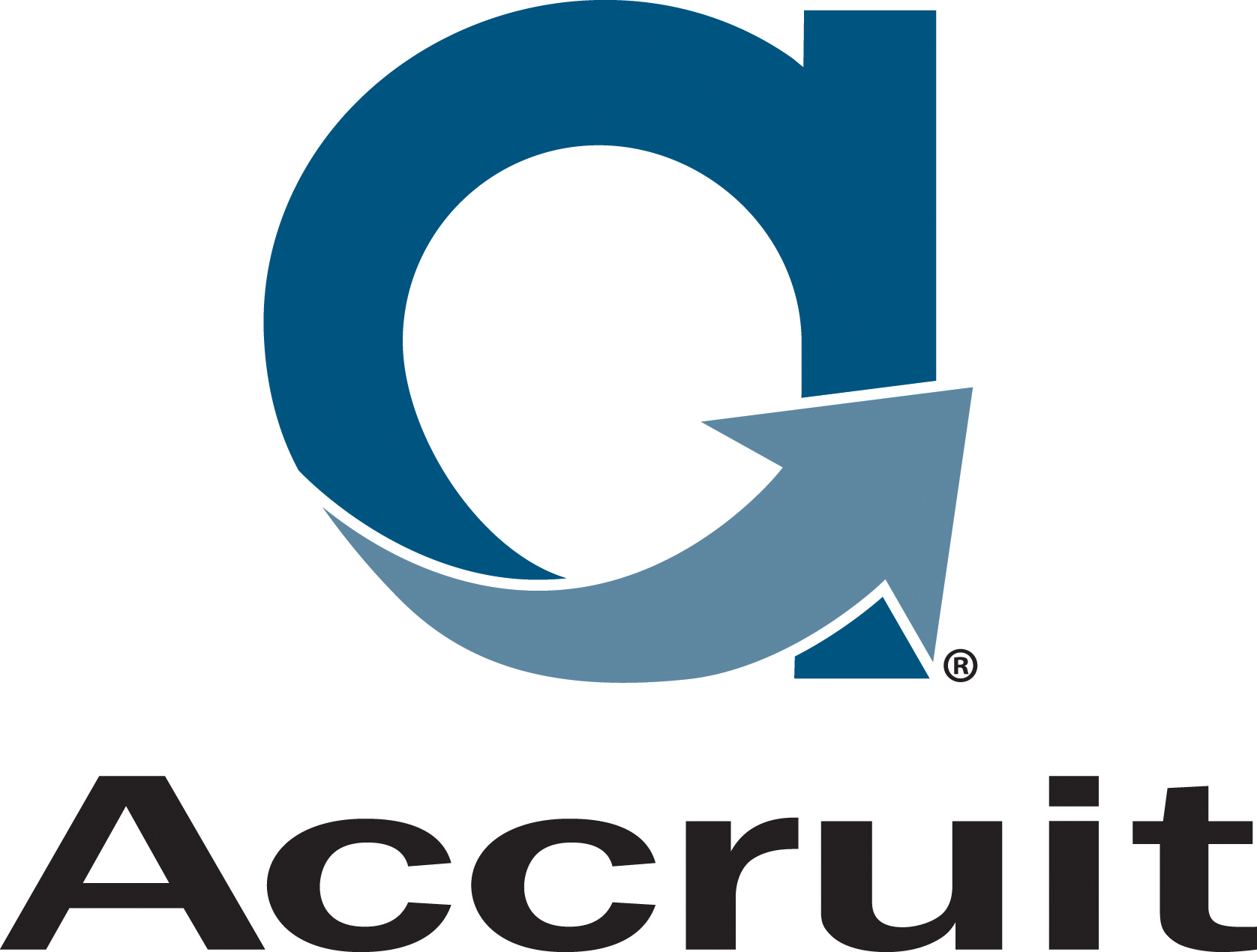 Safe Harbors: The Core of the Section 1031 Treasury Regulations

Martin S. Edwards, J.D., CES®
Purchases of real estate are often among the biggest financial decisions a person makes during his or her lifetime. It would be foolhardy to make such an investment without title insurance. Likewise, selling a property and buying a new one as part of a like-kind exchange is a significant investment. The IRS offers taxpayers some “exchange insurance” via the safe harbors. Although the regulations state that an exchange does not necessarily need to adhere to the safe harbors to be valid, by staying within the safe harbors the IRS is providing to the taxpayer the assurance that the transaction will not be challenged in any way regarding these aspects.

What are safe harbors and why are they needed?

The vast majority of exchanges are done on a delayed basis. In other words, the relinquished property is sold on a certain day, and the replacement property is acquired up to 180 days later. A taxpayer is not allowed to exercise any actual receipt or constructive receipt of the exchange funds paid by the buyer at the time of the sale. If the taxpayer did have any control, then the transaction would be deemed to be a sale followed by an unrelated purchase, but not an exchange of one for the other. The idea here is that the buyer does not pay the seller/taxpayer, rather the buyer is promising to later come up with the funds to be applied to the taxpayer’s purchase of the replacement property.

So the safe harbor that was meant to deal with this problem allows a taxpayer to secure the buyer’s obligation to acquire and transfer the replacement property at the time the taxpayer has picked it out and is ready to receive it. More specifically, the taxpayer is allowed to receive security for that contractual obligation in the form of a mortgage/deed of trust or a standby letter of credit in favor of the taxpayer. The regulations further allow for the buyer’s legal promise to be secured by a guarantee of a third party. In the event a mortgage/deed of trust is utilized, the secured property can be the taxpayer’s relinquished property that is being sold to the buyer or an unrelated property that is owned by the buyer.

Ensuring that a taxpayer is not in actual or constructive receipt of sale proceeds while also making sure that funds will be readily available when needed can be a delicate dance. The second safe harbor provides a way to ensure availability of funds while not putting the taxpayer in any sort of receipt of them. The difference between this approach and that of the first safe harbor is that, in this case, the buyer is out of the picture as soon as the closing on the relinquished property sale is finished.

The use of an escrow or a trust for this purpose is very similar. Both disallow an escrowee or a trustee if that party is an agent of the taxpayer or is a related party to the taxpayer. Further, the escrow or trust agreement must affirmatively state that it “expressly limits a taxpayer’s rights to receive, pledge, borrow, or otherwise obtain the benefits of the cash… held by” the party holding it. The party acting as the escrowee or trustee can be the same or a related entity acting as the qualified intermediary (QI) for the transaction. For instance, a bank may be acting as qualified intermediary but hold the funds in a trust capacity in the bank’s trust department.

This safe harbor offers benefits additional to making the buyer’s involvement in the taxpayer’s transaction unnecessary after the initial closing.  To avoid constructive receipt by the taxpayer, the funds are held away from the buyer but not deemed received by the taxpayer. Further, an unscrupulous qualified intermediary could not unilaterally withdraw the funds without the acquiescence of the taxpayer. This can be achieved with or without an escrow or trust if the QI has dual controls in place internally when transferring money out of an account.  This should not be a concern when due diligence allows for choosing a well-regarded qualified intermediary.  There have been past instances in which a qualified intermediary failed to clearly segregate individuals’ exchange proceeds  In the unlikely event of a bankruptcy of the QI, holding the funds in an escrow or trust is one way to make the clear case that they belong to the exchanger and are not subject to creditor claims against the QI.  Another way to accomplish this important degree of separation is by clearly holding each clients’ funds in separately-marked accounts for the benefit of the clients.

The Qualified A person acting to facilitate an exchange under section 1031 and the regulations. This person may not be the taxpayer or a disqualified person. Section 1.1031(k)-1(g)(4)(iii) requires that, for an intermediary to be a qualified intermediary, the intermediary must enter into a written "exchange" agreement with the taxpayer and, as required by the exchange agreement, acquire the relinquished property from the taxpayer, transfer the relinquished property, acquire the replacement property, and transfer the replacement property to the taxpayer. Intermediary Safe Harbor is the most important safe harbor, constituting the most significant portion of the 1991 treasury regulations. At the inception of IRC §1031 in 1921, an exchange was expected to be a two-party, simultaneous exchange of like-kind property. So A and B exchanged with one another, and if either one need to kick in some cash to equalize value, then only the receipt of the cash was subject to tax. The thinking at the time was to allow the deferral of tax on a transaction in which the taxpayer started with one property and ended with a like-kind property.

Over time, permutations for conducting an exchange crept in. Eventually, it became possible for A to sell to B and then acquire replacement property up to 180 days later from C. While the logic seemed clear in the original example of A and B simultaneously trading like-kind property, it was difficult to envision applying this to a three-party transaction that allowed up to 180 days for completion.

The Treasury Department came up with the idea of a qualified intermediary providing logical underpinnings to such a delayed exchange between a taxpayer, a buyer, and a third party seller. It is worth noting that “qualified intermediary” can really just be thought of as “intermediary.” Certain individuals or businesses are disqualified from acting as intermediary (such as family member, agent, accountant etc.) so anyone not disqualified is, in fact, qualified. So by inserting an intermediary into the mix when selling to one party and buying from another, the taxpayer is deemed to have completed an exchange with the intermediary rather than with the buyer and/or seller.

Prior to the issuance of the 1991 Treasury Regulations, the accrual of interest on exchange funds deposited into a bank account was a vexing problem. The legal fiction taking place was for the taxpayer to sell to a buyer and for the buyer’s funds to be held back for up to 180 days before being applied toward the purchase of the taxpayer’s replacement property. If interest was accrued for the benefit of the seller, then the funds must have belonged to the taxpayer all along. This conundrum resulted in some special measures that take place when negotiating the sale contract with the buyer. One option was to let the buyer receive the interest on the funds put into the escrow by the buyer. This often resulted in a windfall for a buyer in an exchange. Another option was to let the buyer receive the interest, but require the buyer turn it over to the taxpayer after the exchange was completed. Last, the parties might try and anticipate how much interest was expected to be received by the buyer and then “goose up” the contract sale price by an equal amount.

Since these measures were so unwieldy, the Treasury Department decided to clean this up by providing a safe harbor for the taxpayer’s receipt of interest or some other type of yield (growth factor) on the deposit. The safe harbor essentially states that even though the accrual and payment of interest on the funds is inconsistent with the fact that they are not considered the taxpayer’s funds while on deposit, it was still permissible to allow the taxpayer to receive the benefit of interest on the funds. The interest is reportable as income whether the taxpayer includes those funds with the balance of the purchase price for replacement property, or simply receives a check for the interest upon closing of the transaction.

Purchases of real estate are often among the biggest financial decisions a person makes during his or her lifetime. It would be foolhardy to make such an investment without title insurance. Likewise, selling a property and buying a new one as part of a like-kind exchange is a significant investment. The IRS offers taxpayers some “exchange insurance” via the safe harbors. Although the regulations state that an exchange does not necessarily need to adhere to the safe harbors to be valid, by staying within the safe harbors the IRS is providing to the taxpayer the assurance that the transaction will not be challenged in any way regarding these aspects.